Former Liverpool striker Neil Mellor believes James Milner will start against Manchester United due to his leadership skills if Jordan Henderson is not fit to feature at Old Trafford on Sunday.

The Reds are on a horrendous run of form at the moment and have not scored a goal in their last four league games.

They will be in FA Cup action against Manchester United at Old Trafford on Sunday and are in desperate need of a morale-boosting win in spite of it being a cup game. 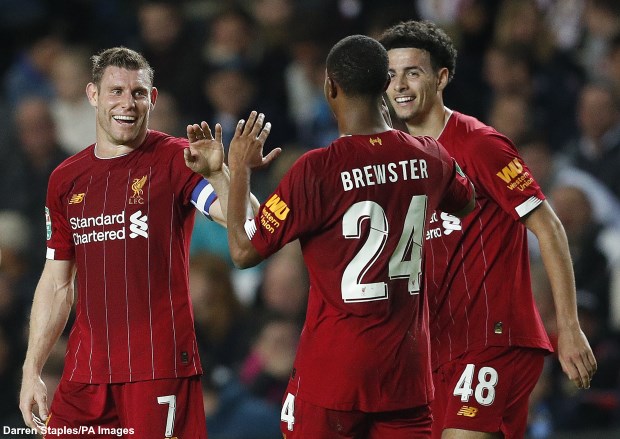 Mellor believes Liverpool have lacked leaders on the pitch in recent games, especially in their home defeat to Burnley on Thursday night and will need a player such as Milner on the pitch.

He feels if club captain Henderson is not fit to feature on Sunday, Milner should be on the pitch as Liverpool will require their senior-most player’s leadership against the Red Devils.

The former Red said on LFC TV when asked about Milner: “He is the most senior player in the squad now.

“He never lets us down, always trusted out there and I think one of his big assets is his leadership.

“With no fans at the moment, you need players who can really talk and help them out there.

“We missed Jordan Henderson the other day against Burnley and if he is not fit to play in this game, somebody like James Milner will be vital in terms of those leadership skills on the pitch.”

Liverpool beat a young Aston Villa side in the third round of the FA Cup and will be keen to turn their form around by winning against Manchester United.