Leeds United striker Patrick Bamford has revealed that Whites star Ezgjan Alioski is looking forward to coming up against Arsenal winger Nicolas Pepe this weekend following their clash earlier in the season.

Marcelo Bielsa’s side will be looking to extend their one-point lead over Arsenal when they visit the Emirates Stadium in the Premier League on Sunday.

The two sides played out a 0-0 draw at Elland Road in November earlier this season, with Pepe’s red card being the highlight of the match. 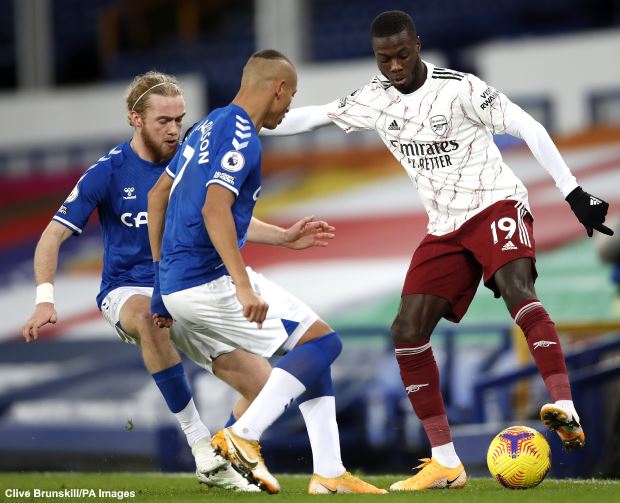 The Ivory Coast international was given his marching orders after he went head-to-head with Leeds star Alioski in the 51st minute of the game.

Now, as the two teams gear up to lock horns with each other again, Alioski has told Whites team-mate Bamford that he is looking to playing against Pepe, who he termed his mate, again.

“Do you know what he said in the changing room the other day?“, Bamford said on the Official Leeds United Podcast.

“He was like ‘I’m playing against my mate Pepe again’.

While Alioski has teased Arsenal and Pepe ahead of Sunday’s clash, the Ivorian will be looking to get the upper hand over the Leeds star at the Emirates Stadium.