Newcastle United captain Jamaal Lascelles feels it is high time the Magpies took points off one of the big clubs in the league and thinks it is the perfect time to do so, with a trip to Manchester United coming up.

With just 25 points to their from 24 Premier League games, Newcastle currently sit 17th in the table and are facing a battle to avoid relegation.

As the league moves towards the business end of the season, the Magpies will be looking to move away from the relegation zone and are eyeing a positive result against Manchester United this weekend. 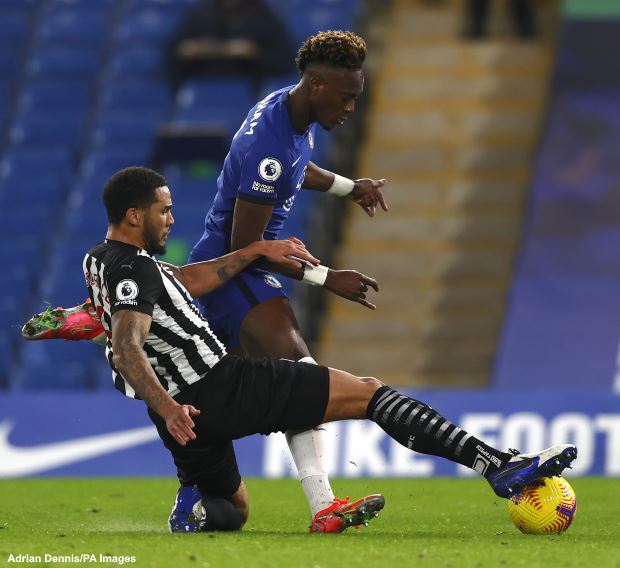 Looking ahead to the Old Trafford trip, Newcastle skipper Lascelles has insisted that it is time that the Tyneside-based side take points off one of the big clubs and is hopeful of doing so against the Red Devils.

The central defender pointed out how there have been plenty of shocks in the league this season and feels it is the perfect time for Newcastle to spring a surprise against Manchester United on Sunday.

“The way the scores and the league has been this season has been crazy, everyone is beating everybody“, Lascelles told NUFC TV.

“I think it is time that we take points off one of the big boys.

“I think now couldn’t be a more perfect time to do so.“

Manchester United will be going into the game against Newcastle on the back of a 1-1 draw against West Brom and a Europa League thrashing, 4-0, of Real Sociedad.