Allan Can Add This – Carlo Ancelotti Delighted To Have Midfielder Back

Everton boss Carlo Ancelotti is of the view that midfielder Allan, who has returned from injury, will add more intensity and defensive solidity to the team and lauded Tom Davies for stepping up in the Brazilian’s absence.

The 30-year-old was spending time on the sidelines owing to a muscle injury he suffered in mid-December, but has now returned to the first team fold.

Allan has recovered and is yet to clock up any game time since his injury, but could play a part at the weekend’s clash against Liverpool in the Premier League at Anfield. 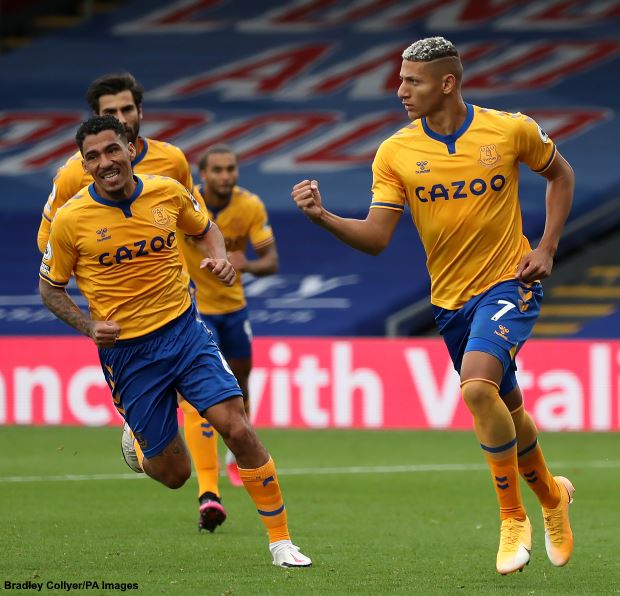 Everton boss Ancelotti is of the view that Allan’s return o the senior squad will provide the team with a lot more intensity, defensive solidity and consistency.

Ancelotti also reserved special praise for Toffees starlet Davies, who stepped up in Allan’s absence and put on a succession of eye-catching displays in the middle of the park.

Asked whether Allan’s return can be key to Everton playing in a bit more of a progressive style, Ancelotti told a press conference: “Allan can add more intensity, more concentration defensively [to the team].

“But I have to say that Tom Davies, who replaced him most of the times did really well.

“In this situation, happy to have Allan back [in the squad] and I think the consistency of the team is going to improve.”

Everton will also be boosted by the return of talismanic striker Dominic Calvert-Lewin, but will miss the services of centre-back Yerry Mina, who is expected to be out for three to four weeks.