Former Manchester United star Luke Chadwick has expressed his delight at Daniel James getting a goal against Real Sociedad on Thursday night.

James scored a goal and provided an assist for Bruno Fernandes in Manchester United’s 4-0 win over Real Sociedad in Turin.

The emphatic nature of the win means the Red Devils are more or less guaranteed to progress in the competition even before the second leg is played at Old Trafford next week. 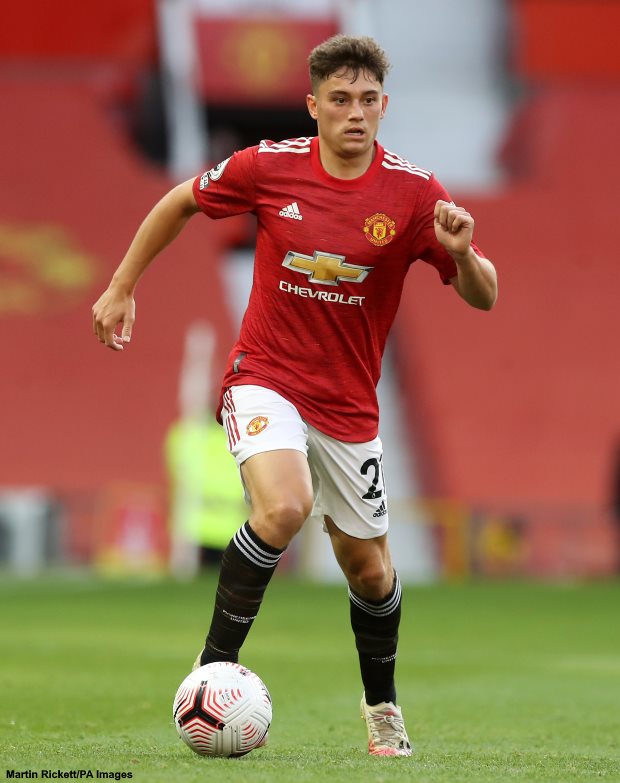 With Ole Gunnar Solskjaer choosing to rotate his squad on Thursday night, James was expected to play and he produced a solid performance on the right flank for the Red Devils.

Chadwick is a big fan of the attitude James shows whenever he is on the pitch regardless of whether he is getting his way around during the game.

He is happy that the Welshman’s hard work paid off with a solid performance and a goal on the night.

The former Red Devil said on MUTV, reacting to the match: “He always works his socks off, no matter how the game is going for them.

“If he is not getting joy running with the ball or getting into good spaces, still without the ball, absolutely works his socks off.

“You are always pleased for players like that when they get their just rewards like he did this evening with a really good performance.”

The winger has made 12 appearances across all competitions this season and has netted four goals.