Everton new boy Joshua King has revealed that his boss Carlo Ancelotti has asked him to remain patent in terms of getting game time and stressed he is still in his athletic prime.

King has registered four appearances in Everton colours since arriving at Goodison Park from Championship club Bournemouth on a six-month deal earlier this month.

The 29-year-old is yet to be handed a start, with Ancelotti opting to use him as a substitute even in the absence of first choice hitman Dominic Calvert-Lewin. 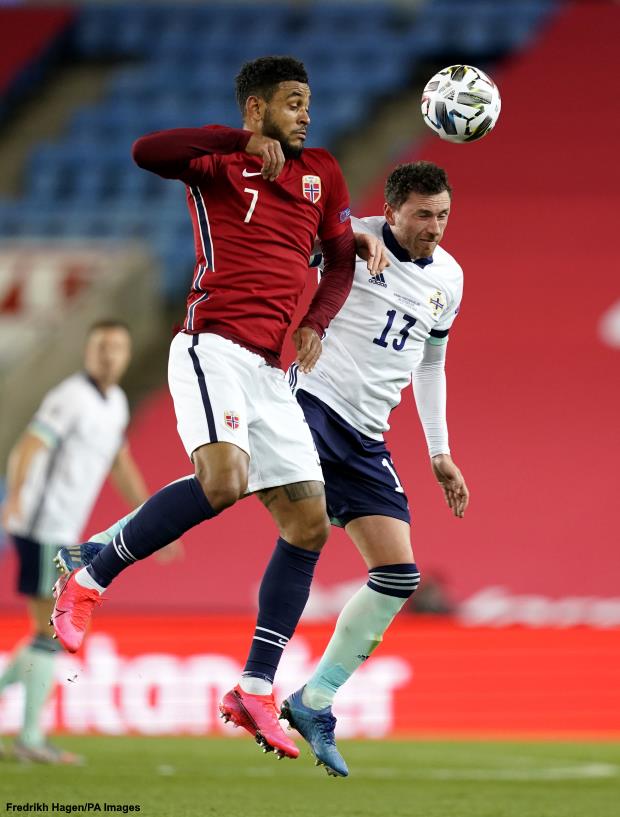 However, King revealed that the Italian has asked him to remain patient in terms of clocking up more minutes as he continues his adaptation on Merseyside.

King went on to stress that he is still in his athletic prime and will hit peak physical fitness once he gets some minutes under his belt.

“Ancelotti said that I had to be patient in the beginning, because they had to get me in better shape”, King told Norwegian broadcaster TV2.

“They had probably looked a little at my stats at Bournemouth and saw that I had not run as much this season, as when we played under Eddie Howe.

“But there are several reasons for this, both playing style, playing time and the [virus situation] for example.

“I can still get in the best shape of my life.

“But to get there, you have to play, and to play I have to perform in training.

“A lot of it is also new, many players need up to a year to shine at a new club, new formation, style of play, new coaches, new role.

“But I’m patient and just need to prove in training why [Ancelotti] should start me.

“There are a lot of matches for us now, so I hope to get the chance in the next few weeks.”

King is determined to put up the hard yards on the training pitch in a bid to catch Ancelotti’s eye and potentially earn a starting role in the coming weeks.