Rangers manager Steven Gerrard has dubbed Joe Aribo a “boss kid” and expressed his delight with how the midfielder is developing at Ibrox.

Gerrard tempted Aribo north of the border in the summer of 2019 following the expiry of his contract at Charlton Athletic.

Aribo clocked one game shy of 50 appearances across all competitions for Rangers last season and so far in the current campaign has turned out in 29 matches, scoring seven times and providing four assists. 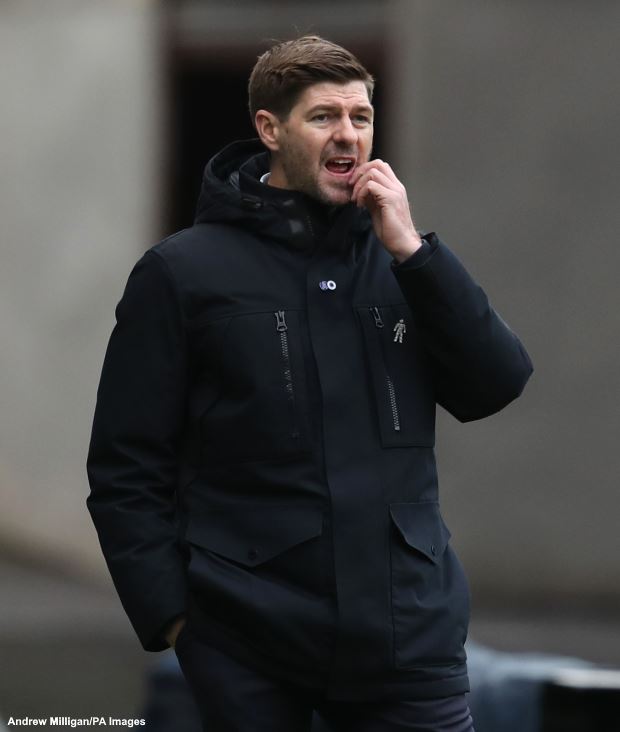 He scored and assisted in Rangers’ 4-1 win over Dundee United on Sunday and Gerrard is a big fan of Aribo’s versatility and approach to his work.

The Rangers boss labelled Aribo a “boss kid” and revealed he is a hard worker on the training pitch.

“He is a fantastic kid. You can’t get him off the training pitch, he’s always working on his game”, Gerrard told Rangers TV after the game.

“For me, good players can do whatever job you ask them to do.

“The good thing for Joe is that he can be effective as a right ten or a left ten. Of course he can, because he’s closer to the goal.

“If you probably ask Joe, he wants to be closer to the goal.

“But when we’re at home, playing him as a left eight or a right eight gives us that little bit more ambition in our team selection rather than having the three number sixes, and we know he can burst from deep.

“It gives us the chance to get [Ianis] Hagi and [Ryan] Kent in the team as well and maybe other people for different games.

“I can’t speak highly enough of the kid. He’s a boss kid, he wants to improve.

“We’re delighted to have him. He decided to come to Rangers to develop and grow, and he’s certainly moving in the right direction.

“He is absolutely low maintenance. Everything he is putting into it, there’s no surprise he’s getting a lot of good performances in his game now.”

The win over Dundee United moves Rangers another step closer to the Scottish Premiership title and the Gers have 82 points, with 26 wins and four draws from their 30 games.

Borna Barisic Needs To Do This From Penalties – Rangers Legend