Leeds United boss Marcelo Bielsa has insisted that Jamie Shackleton is an important squad player for the Whites at the moment and is at a similar stage of development to fellow starlet Pascal Struijk.

The 21-year-old was asked to start in Leeds last two Premier League outings in place of sidelined players, first in the right-back role against Arsenal and then in centre-midfield against Wolves on Friday.

Though the Whites lost both of their latest league outings, Bielsa’s belief in Shackleton’s quality has not faded one bit. 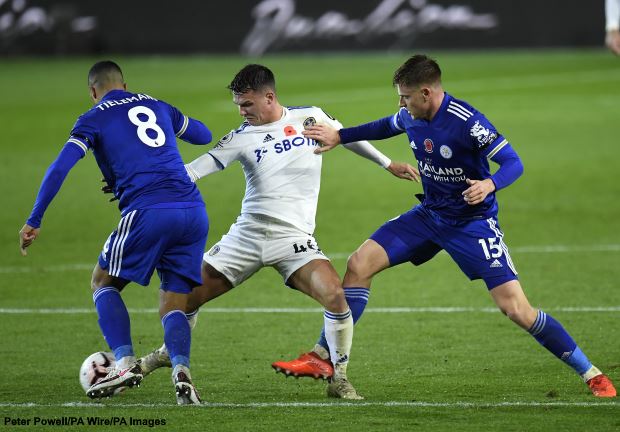 The Argentine insists that Shackleton is an important squad player at the Elland Road outfit and stressed the Whites starlet is a player he can trust.

Bielsa explained that Shackleton is in a similar state of development as centre-back Struijk, but added that the Dutchman has had more continuity playing in the first team.

Asked whether Shackleton has given him what he was looking for in his recent outings, Bielsa told a press conference:” I believe in Shackleton as an important squad player for Leeds United.

“He’s in a similar state of development to that of Pascal.

“The only thing is that Pascal has continuity [in the team] that Shackleton does not.

“I feel he is a player I can trust.

“He is a very serious player, very invested and very conscious of what is needed to play at this level.”

With Kalvin Phillips and Rodrigo ruled out of Leeds’ upcoming top flight clash against Southampton on Tuesday, Bielsa could again play both Shackleton and Struijk.