Spurs won the first leg away from home 4-1 and have more or less booked their place in the last 16 of the competition, barring an astonishing collapse in north London. 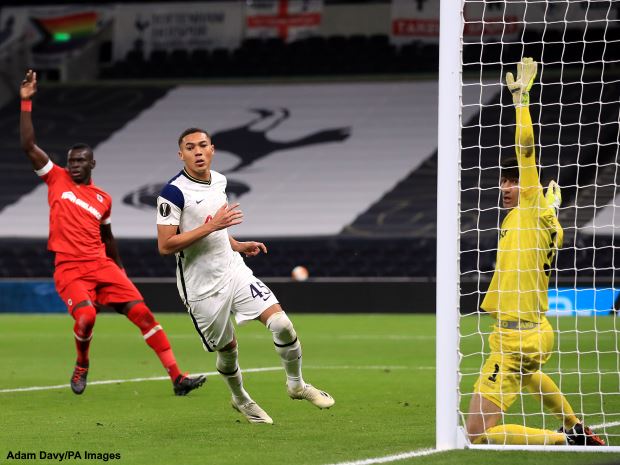 Mourinho has opted to start Joe Hart in goal for the game, with Toby Alderweireld and Eric Dier playing as the central defensive partnership. Matt Doherty and Ben Davies slot in as full-backs.

Harry Kane has been rested for the game with a place on the bench and Carlos Vinicius getting an opportunity to lead the line for Spurs this evening.

Dele Alli also gets an opportunity to start, with Erik Lamela and Steven Bergwijn completing the make-up of the Spurs forward line today.

Gareth Bale, Tanguy Ndombele and Heung-Min Son are some of the options Mourinho has on the bench for Spurs this evening.