Norwich City boss Daniel Farke has revealed that he told Tottenham Hotspur loan star Oliver Skipp to cherish his goalscoring performance against Birmingham City as he is not sure when the midfielder will score again.

Skipp scored his first senior goal by netting the Canaries’ third and final goal in their 3-1 victory over Aitor Karanka’s Birmingham in the Championship on Tuesday.

Reflecting on the Tottenham loanee’s performance, Norwich manager Farke explained that everyone in the team is buzzing to see him get on the scoresheet. 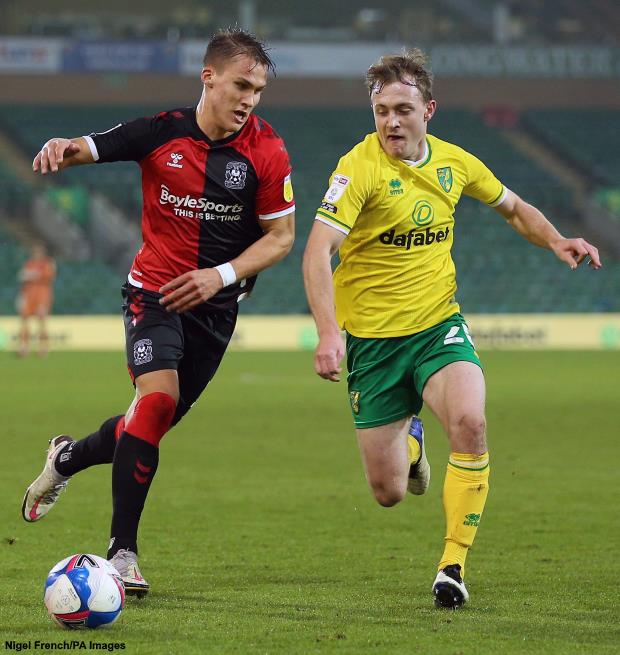 The German tactician also revealed that he told Skipp to cherish his goalscoring performance against the Blues as he is not sure when the 20-year-old will find the back of the net again.

Farke pointed out that the Tottenham youngster is not known for his goalscoring prowess, given that he is primarily a defensive midfielder.

“I told him straight away after the game, he should enjoy this special day and unique day“, Farke was quoted as saying by Norwich’s official site.

“I’m not sure if he’ll score at any moment again during his senior career because he’s not known for goals anyhow!

“It was a great moment and everyone was buzzing for him, but the whole goal says a lot about our spirit.

“It was one set-piece to defend and they brought tall lads in and we got the feeling in the last moments of the game we had to change again.“

Skipp has started in each of Norwich’s 32 Championship games this season, helping them occupy the top of the Championship table.