Slavia Prague coach Jindrich Trpisovsky has joked that he told West Ham United star Tomas Soucek that he will regret leaving the Czech outfit as they will win the Europa League this season.

The midfielder made his move to West Ham permanent last summer after initially arriving at the London Stadium from Slavia Prague on a loan deal in January 2020.

Soucek was joined by another ex-Slavia Prague star in Vladimir Coufal at West Ham prior to the current Premier League campaign, but both players still keep in touch with their former manager Trpisovsky. 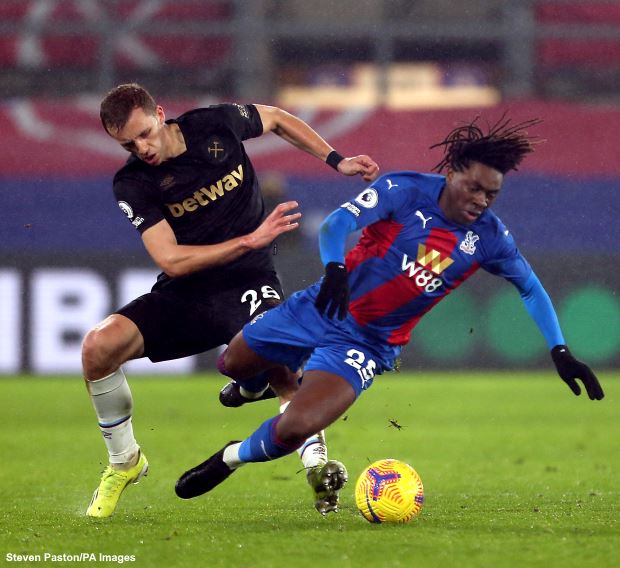 The Slavia Prague coach revealed he told Soucek that he will regret leaving the Czech top flight side as they will win the Europa League this season, though in a joking manner.

Trpisovsky added he sounded out the Hammers duo about their upcoming Europa League opponents Leicester City.

Asked whether he has contacted his former charges Soucek and Coufal over Leicester, Trpisovsky told Slavia Prague’s official site: “Yes, we are in contact, and we’ve spoken about it already.

“They’ve played against Leicester once, and they have to play them one more time.

“And they know our style and our players, and we made some jokes.

“We told Soucek that he will regret leaving us as we are going to win the Europa League this year.

“That was fun, but we also spoke seriously about the fact that in the most important part of the competition, the knockout stages, we are facing one of the strongest teams.

“And that it is great for us, to be able to play against them.

“We’ve discussed the Leicester players the way we see them and how they saw them when they played against them.”

West Ham are on their own quest to seal a European spot in the Premier League this season, and are currently fourth in the league table with Coufal and Soucek both playing integral roles under boss David Moyes.