Former Scottish Premiership star Tam McManus has warned Rangers that they could lose Steven Gerrard to a bigger club south of the border in the summer.

Gerrard is on the cusp of taking Rangers to their first league title in a decade and his team need just seven more points from their last eight games to seal the deal.

He is likely to go down in the annals of Rangers’ history as the manager who got them back to the top of Scottish football and stopped Celtic from winning a tenth straight league title. 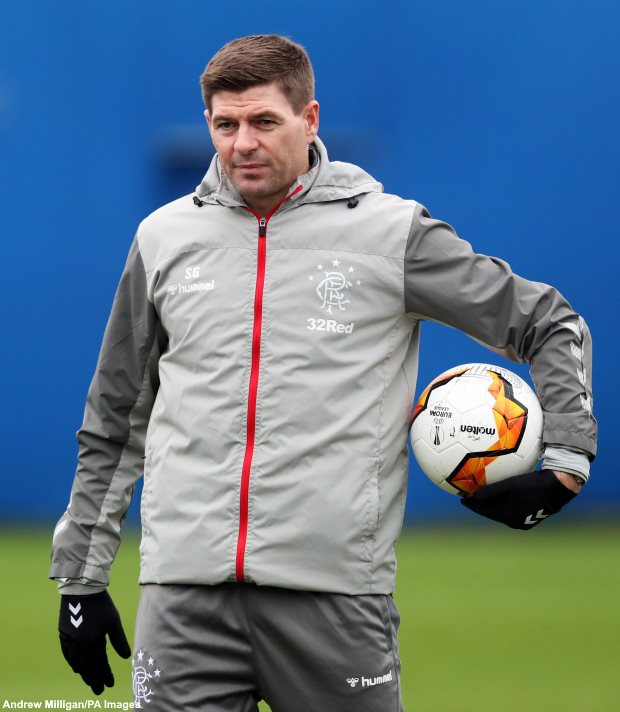 Rangers have also been in fine form in Europe as well and are favourites to reach the last 16 of the Europa League.

But McManus feels Rangers could feel the threat of losing Gerrard in the summer if Premier League giants such as Arsenal or Tottenham Hotspur sack their managers.

He believes the former midfielder would surely be part of a shortlist if one of the big clubs in England need a new manager at the end of the season.

McManus said on PLZ Soccer: “What if Rangers get to the semi-finals of the Europa League and somebody like Spurs or Arsenal sack their manager?

“They could come in for Steven Gerrard.

“I don’t think Liverpool will [sack Jurgen Klopp] but there are big clubs in there who are struggling.

“If they get rid of their manager, Steven Gerrard would be on their shortlist, he has to be and even for big clubs in Europe.”

Gerrard has a contract until 2024 with Rangers and the club are expected to be desperate to keep him at Ibrox.