Sheffield United forward David McGoldrick has hailed Liverpool star Sadio Mane ahead of the Blades’ clash with the Reds and explained that the forward was like a robot when he came up against him.

Bottom-placed Sheffield United are set to lock horns with an out-of-form Liverpool side at Bramall Lane in the Premier League on Sunday.

Jurgen Klopp’s side emerged victorious when the two times met at Anfield earlier this season, with Roberto Firmino and Diogo Jota finding the back of the net for the Reds. 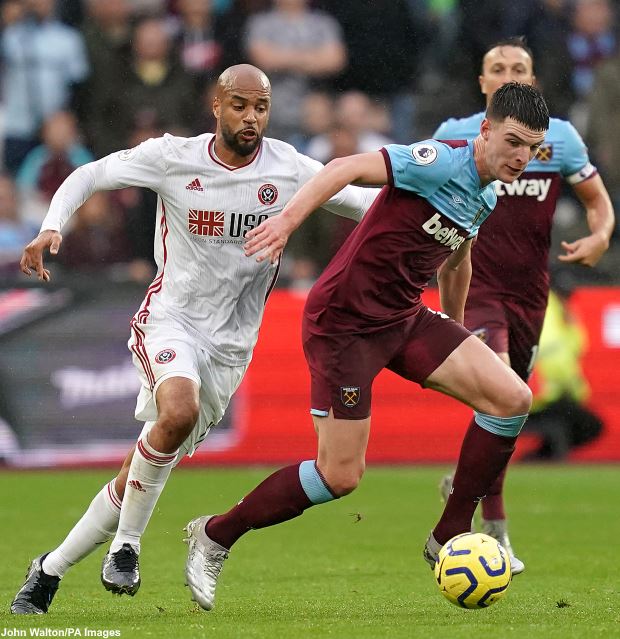 However, it was Senegal international Mane, who provided the assist for Jota’s goa, that impressed Sheffield United striker McGoldrick.

Heaping praise on the Liverpool star, McGoldrick explained that the 28-year-old was like a robot the last time he met him and feels the player is a joy to watch.

“He was just a robot, working hard, skipping by people… a joy to see.”

McGoldrick also admitted that Liverpool are the best side he has played against, but pointed out how injuries have affected the defending Premier League champions.

“It’s crazy, you’d have never thought that with how strong they were last season, they were the best team I’ve played against and were like robots“, the striker said.

“Then some injuries have hurt them, as they have hurt us.“

The Blades have suffered defeats in each of their last three matches, while Klopp’s side go into the game on the back of a four-game losing streak, and both sides will be looking to return to winning ways on Sunday.