Everton midfielder Abdoulaye Doucoure has revealed playing in the Champions League is one of his personal targets and stressed the best way to reach his goal is with the Toffees.

The Toffees last qualified for the Champions League in 2005 under then boss David Moyes, taking part in the 2005/06 campaign.

Everton in the current campaign under Carlo Ancelotti are on a mission to return to continental competition, and currently sit seventh in the Premier League table, just five points shy of the top four with a game in hand. 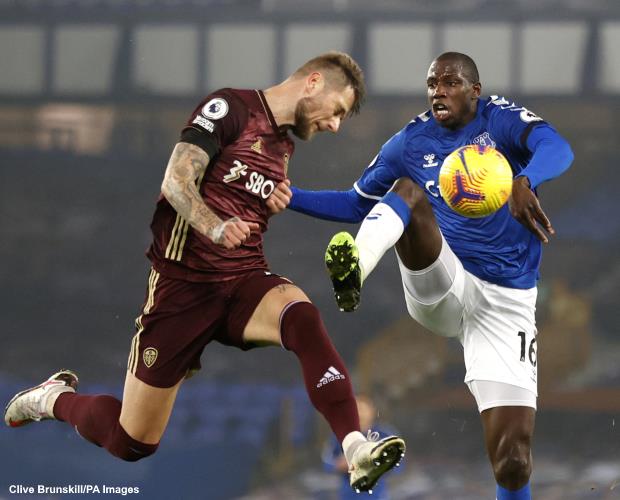 Playing Champions League football is one of Doucoure’s great ambitions and he stressed helping the Toffees reach the top four is the best way to achieve it.

“It is one of my targets during my football career, I want to play in the Champions League soon”, Doucoure told Everton TV.

“The best way is to help Everton quality for the Champions League.

“So of course, it will be huge for me to play in the Champions League with the Everton shirt.”

Everton, who are alive in the FA Cup, could end their trophy drought this season and Doucoure refused to put a ceiling on his team’s aspirations, expressing his belief that the current Toffees side have the quality to go on and win a trophy.

“We still have two competitions, the Premier League and the FA Cup.

“So, you have two trophies [to fight for].

“It is going to be very hard but I think this year we have a great team.

“We showed we can do great things, so of course this year we can win one trophy, yes.”

Everton have the opportunity to move one step closer to a European spot with a win on Monday when they host Southampton at Goodison Park in the top flight.