RB Leipzig star Tyler Adams has insisted that the Bundesliga outfit never give up and is determined to help the side overturn their 2-0 deficit against Liverpool in the Champions League.

Premier League club Liverpool and German Bundesliga outfit RB Leipzig locked horns in the first leg of the round of 16 of the Champions League last week.

The Reds emerged victorious in the game, beating Julian Nagelsmann’s side 2-0, and will be looking to defend the lead when they face their round of 16 opponents again next month. 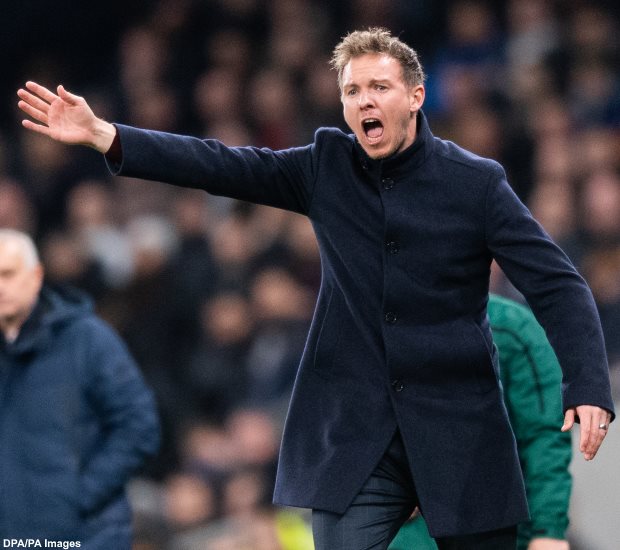 Looking ahead to the game, RB Leipzig star Adams has admitted that it will be difficult for the Bundesliga club to overturn their 2-0 defeat to Liverpool in the first leg.

However, the United States international insisted that Nagelsmann’s men never give up and will take the challenge of overturning the two-goal deficit head on.

“We know how difficult it will be“, Adams told German outlet Sportbuzzer.

“We conceded two goals, so we have to score at least three goals in the second leg.

“But we will face the challenge.

“We have never given up before.“

Adams also conceded that he is still feeling the pain of the defeat to Liverpool in the first leg but is determined to help RB Leipzig pull off a comeback in the second leg.

“I am a very ambitious person, I hate to lose“, Adams said.

“It was really no fun, the wound is still open.

“But we still have a second leg. I am looking forward to it.

“They are very tough opponents, but we know we can play a better game than we did in the first leg.“

The second leg of the Champions League tie between Liverpool and RB Leipzig is scheduled to take place on 10th March.