West Ham United have selected their starting line-up and substitutes to go up against Premier League leaders Manchester City at the Etihad Stadium this afternoon.

The Hammers have pushed themselves into fourth place in the league, but face a series of tough tests in the coming weeks, starting with a visit to Pep Guardiola’s side. 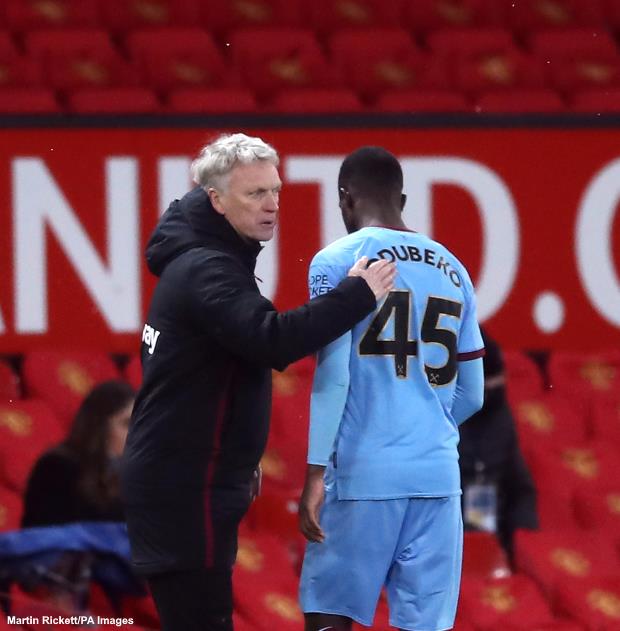 Boss David Moyes, whose West Ham side held Manchester City to a 1-1 draw in the earlier meeting between the two teams this season at the London Stadium, is without Andriy Yarmolenko, Angelo Ogbonna and Arthur Masuaku.

West Ham have lost on their last six visits to Manchester City and last won at the ground in 2015.

Declan Rice and Tomas Soucek slot into midfield and will look to hold their own against the Citizens, while Pablo Fornals and Jesse Lingard support Michail Antonio.

Moyes has options on the bench to shake things up if needed in the 90 minutes, including Jarrod Bowen and Manuel Lanzini.

Goalkeeper Lukasz Fabianski is not in the matchday squad.