Tony Dorigo believes Leeds United striker Patrick Bamford has developed his game to such a level that he would not look out of place playing for England on the international stage.

Only Mohamed Salah and Bruno Fernandes have scored more goals in the Premier League than Patrick Bamford this season.

The calls for Gareth Southgate to give Bamford an opportunity in the England squad have been growing louder with each passing week ahead of the summer’s European Championship. 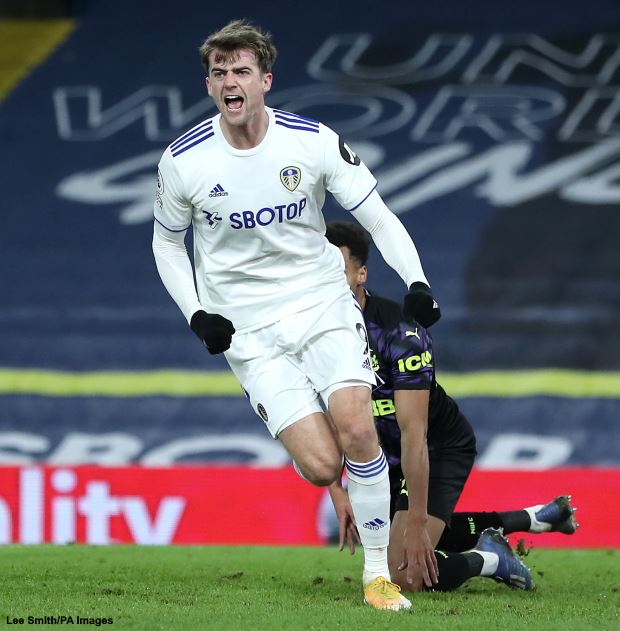 Dorigo believes that being the top English goalscorer in the Premier League, Bamford should be in the mix for an England call-up and he should be rewarded for his performances.

The former White feels that the 27-year-old has the ability to play for the Three Lions and has developed his game enough to face the challenges of coming up against international teams.

The former Leeds star said on LUTV: “I would like to see him get rewarded somehow.

“I think if you are English and you are the leading English goalscorer, you should be in the mix absolutely.

“We all knew that Patrick had that ability. We have seen it before in fits and starts. We saw it tremendously well at Middleborough in that one season.

“His game has developed, he has more to his game now and that’s what you need at international level.

“You will certainly face different obstacles and problems playing against international sides and I think he could certainly do it.

“I hope that phone call is not too far away.”

Bamford was courted by the Republic of Ireland after he joined Leeds, but the hitman was watched by Gareth Southgate in the Whites’ 1-0 loss against Aston Villa on Saturday.