Everton talent Anthony Gordon, who is on loan at Preston North End, has admitted that he is enjoying the challenge of playing teams with different styles in the Championship.

Gordon joined Preston on loan on the final day of the winter transfer window and has been playing regularly for the Championship side.

He is yet to score for Preston, but the winger insisted that he is enjoying playing regular senior football in the second tier of English football. 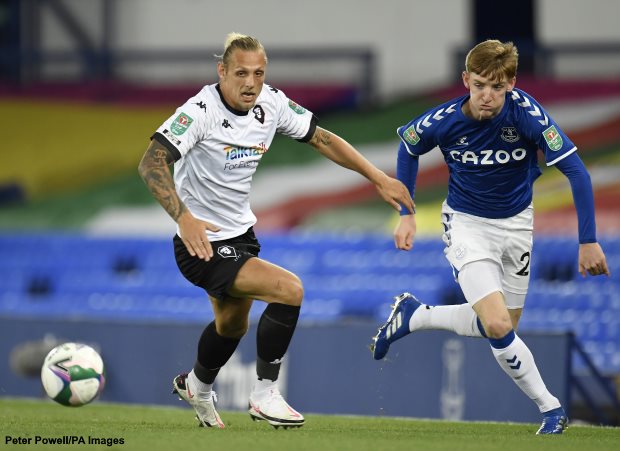 The Everton talent insisted that the league is very different from the Premier League as unlike the top flight, he is getting to play teams with more varied styles in the Championship.

He admits that he is relishing the challenge of playing against different kinds of players and teams, and experiencing the volatility of Championship football.

Gordon was quoted as saying by the Lancashire Post: “I’m really enjoying it here, it’s a lot different than the Premier League.

“Every team you come up against is a lot different and that is a big test.

“Premier League teams have little differences to one another, but they are all looking to play nice football.

“In the Championship it is different types of players, different styles from one week to the next.

“It seems that a couple of bad results drop you right down and a couple of wins have you flying.”

Gordon will hope to continue to play regular first-team football at Preston until the end of the season before returning to Everton.