Manchester United are not in contact with Eintracht Frankfurt striker Andre Silva over a potential summer move, according to German daily Bild.

The Premier League giants are already planning ahead and Ole Gunnar Solskjaer wants to make key additions to certain areas of his squad in the close season.

A striker is believed to be a priority and while Edinson Cavani is expected to stay for one more year, Solskjaer wants a long term solution for the number 9 role. 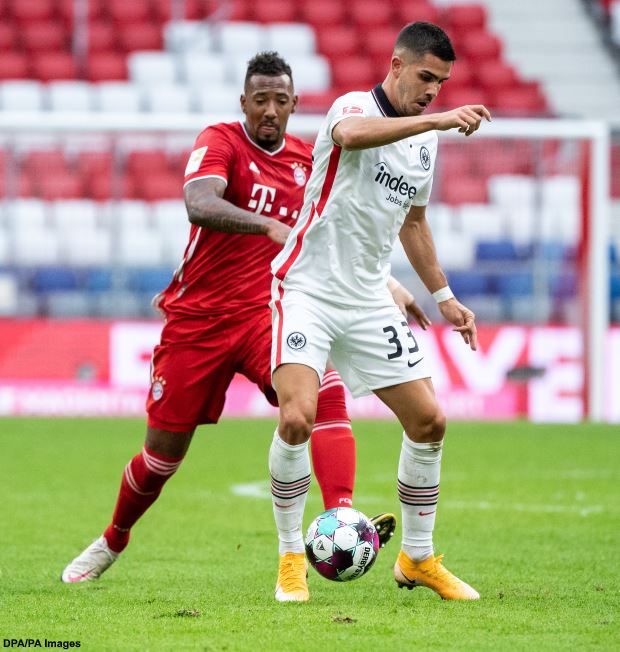 Borussia Dortmund’s Erling Haaland is their top target but the Bundesliga giants may be unlikely to want to sell him this summer.

Eintracht Frankfurt’s Silva is believed to be their back-up option, but suggestions that they are already in contact with the player are wide of the mark.

Manchester United have not been in touch with Silva or his representatives over a potential summer move.

It is unclear whether he is a target, but for the moment, Manchester United have not made any move to suggest that they want him.

Silva joined Eintracht Frankfurt last summer from AC Milan on a permanent deal and has netted 19 times in 21 Bundesliga appearances this season.

It remains to be seen whether he is one of the names on Manchester United’s shortlist for the summer.