Former Celtic defender Mark Wilson has revealed the strangest request he ever had while on the pitch as a player.

Wilson turned out for Celtic from 2006 until 2012 and won three Scottish league titles with the Bhoys, along with the Scottish Cup and the Scottish League Cup.

He also had two spells at Dundee United and it was during his time at Tannadice that he received a strange request from Kallum Higginbotham, who was on the opposing side. 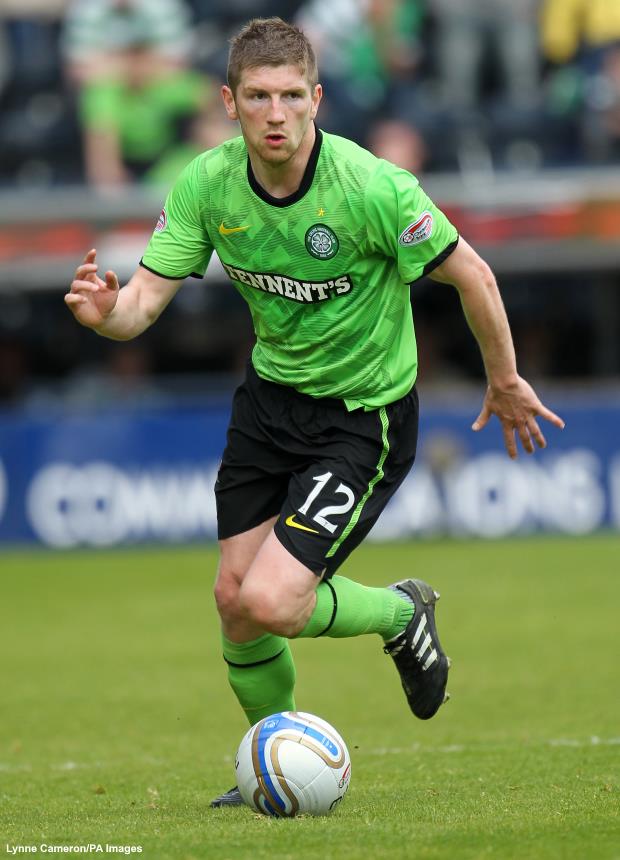 Wilson explained that Higginbotham ripped his boots early on in the match and asked him for a pair to wear, instead of speaking to his own team.

“I played against him”, Wilson said on Clyde 1’s Superscoreboard on Saturday.

“He asked me to change boots during a game, or if I had a spare pair of boots at Tannadice.

“It was my second time round at Dundee United. I’m playing right-back and he’s playing left-mid.

“He ripped his boots about 20 minutes in. He said ‘I’ve ripped my boots, you haven’t got a spare pair of boots?’

“Instead of asking his team-mates he’s asking me! I said, ‘sorry, I can’t help you’.

“That was the weirdest request I’ve ever had on the pitch.”

Higginbotham, who had a recent spell in Indian football, has turned out for a host of Scottish clubs, including Falkirk, Motherwell, Partick Thistle, Kilmarnock, Dunfermline Athletic and Kelty Hearts.