Dion Sanderson has not given up on the hope of making it at Wolves despite Sunderland expressing an interest in signing him on a permanent deal, according to The Athletic.

The 21-year-old centre-back has started the last seven games for Sunderland and has played a key role in the Black Cats sitting in fourth in the League One table.

He is on loan at Sunderland from Wolves and is playing a major role in trying to help the club try to win promotion back to the Championship this season. 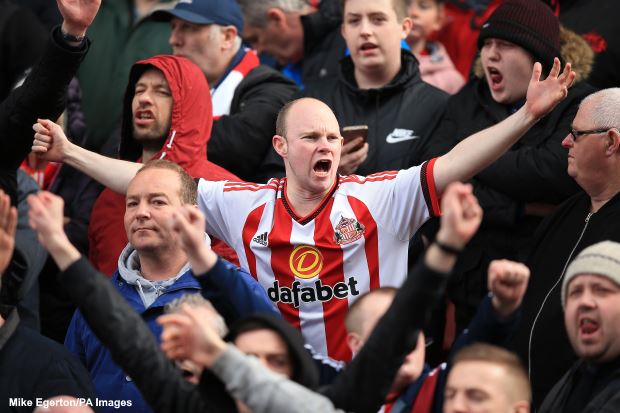 Sunderland manager Lee Johnson has already admitted that he would like to keep Sanderson with the club interested in signing him on a permanent deal.

But it has been claimed that Sanderson has not given up on the idea of breaking into Wolves’ team and becoming a regular at Molineux.

Wolves are his hometown club and the young defender wants to make an impact at the side.

It has been claimed that Sanderson believes he has enough talent to play in the Premier League and has the ambition to play for Wolves.

He will enter the final year of his contract at Wolves in the summer and it is up to the Premier League club to take a call on his future in the coming months.