Lorenzo Amoruso has admitted he stands ready to return to Rangers in the event they want to appoint someone in Italy to their staff.

Amoruso joined Rangers from Italian outfit Fiorentina in the summer of 1997 and went on to ply his trade for the Glasgow giants for six years before leaving for Blackburn Rovers in 2003.

The Italian was named Gers captain by former boss Dick Advocaat and helped the side win nine major honours during his time at Ibrox. 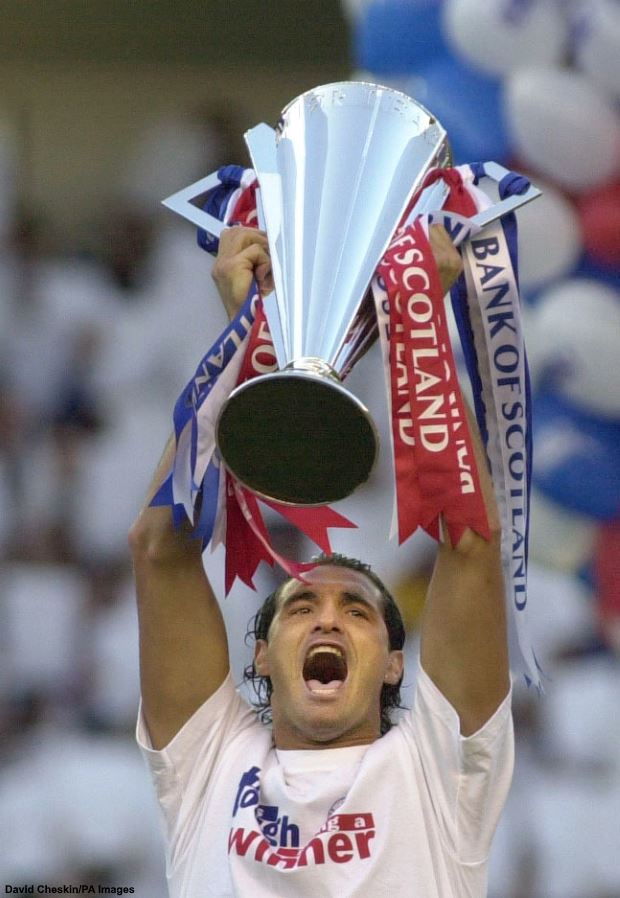 It has been almost two decades since Amoruso swapped Rangers for Blackburn, but the former defender has revealed that the Gers still have a place in his heart.

Amoruso, who has previously worked as first team scout for Fiorentina, insists that he is ready to work for Rangers if they need him and is prepared to look at players in Italy for the newly crowned Scottish champions.

“Sure and I hope [I can work with Rangers again]!” Amoruso told Inside Futbol.

“I often talk to the club, I have always told them that if they need a person in Italy, I am there.

“I have always tried to advise on some players.

“I have three teams in my heart: Bari, Fiorentina and Rangers.“

Rangers recently secured the Scottish Premiership title and the club are expected to work to bolster their squad in the forthcoming summer transfer window.

It remains to be seen if they will turn to Amoruso for help tapping the Italian talent pool.