Tottenham Hotspur legend Graham Roberts believes Dele Alli needs to play in all his side’s remaining games to then put his case to turn out at Euro 2020 with England.

Alli has endured a tough season with Spurs having fallen out of favour under boss Jose Mourinho, starting just two Premier League games so far in the current campaign.

The midfielder’s lack of game time at club level has not done him any favours in his hopes of potentially getting back into the England national team set-up with his last appearance for his country coming in June 2019. 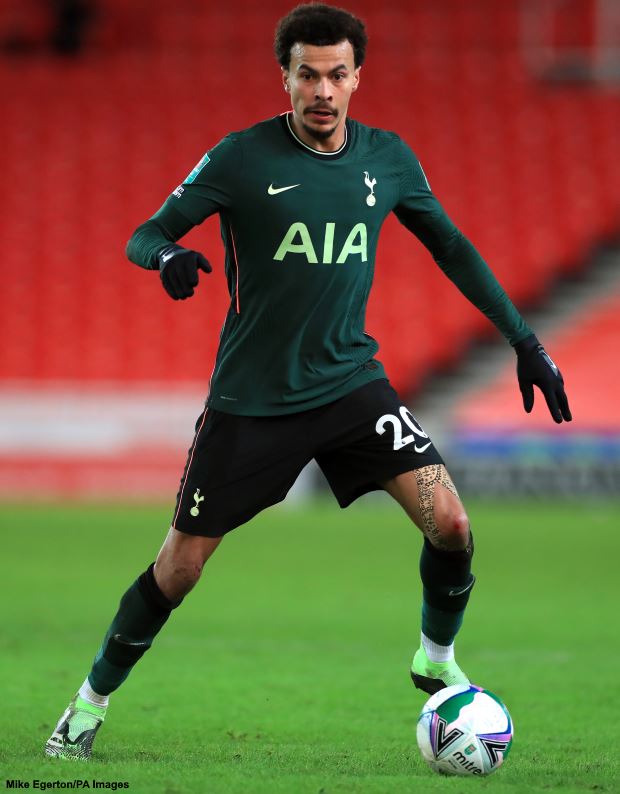 Tottenham legend Roberts believes that Alli is a better player than many of those currently being preferred to him and is someone who can chip in with goals from midfield.

However, he insists that Alli needs to play in Spurs’ ten remaining games in order to have a chance to prove himself to Three Lions boss Gareth Southgate.

“Dele Alli is better in my opinion than many of the players who are currently considered in his position for Euros”, Roberts wrote on Twitter.

“He now needs ten games to play and give his all and break into that squad.

“More goals than any of these others on average.

“Loads of assists, [he is a] top player and needs to play.”

Tottenham have nine games left in the top flight, along with the EFL Cup final, and it remains to be seen whether Mourinho will give him substantial game time before the curtain falls on the current season.