We Have To Beat Liverpool – Mikel Arteta Prioritises Clash

Arsenal boss Mikel Arleta has insisted the Gunners must win their upcoming Premier League clash against Liverpool in order for them to find some consistency and potentially climb back into the top six.

The Gunners are currently ninth in the league table, six points adrift of the top six but are still hoping they can find some consistency and claw their way back up the ranks in their remaining nine games in the season.

They are set to host fellow European spot hopefuls Liverpool at the weekend and Arteta sees the clash as a must win game for his team. 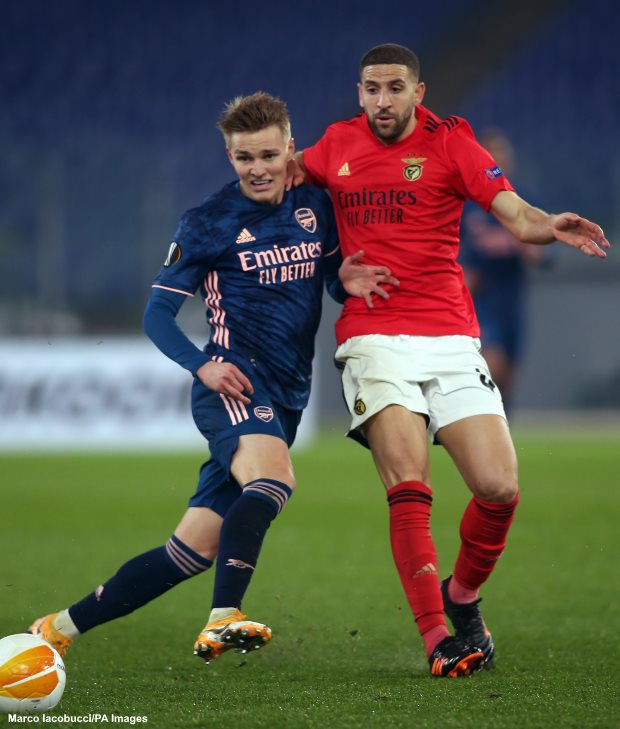 The Gunners boss has insisted his team need to bag all three points against the Reds come Saturday if they are to keep their hopes of finishing the season in the top six alive.

“For me the priority is Liverpool [over the Europa League]”, Arteta told a press conference.

“We know that if we want to climb the table and be in Europe next season, we need some consistency in the last nine games.

“The only way to do it is starting against Liverpool and we have to win the game.”

Arteta explained that despite their poor form, Liverpool still have the quality to punish their opponents for every error that they make, something his team need to be wary about.

“Against this type of teams they’re going to punish you for every error that you do.

“They’re still able to create an individual action to score a goal.

“They are a team that nothing has to be given to them.”

Arsenal lost 3-1 when they faced Liverpool earlier in the season and will be determined to send back the Reds empty handed from the Emirates Stadium at the weekend.