Noel Whelan insists the pressure is off for Leeds United when they face Manchester City after they moved on to 42 points in the Premier League by beating Sheffield United 2-1.

A Jack Harrison strike and an own goal from Phil Jagielka were enough to give Leeds victory and all three points in the Yorkshire derby, with any lingering relegation worries put to bed.

Leeds now sit in tenth spot in the league table and are next in action away at Manchester City, who top the table and look to be cruising to the title. 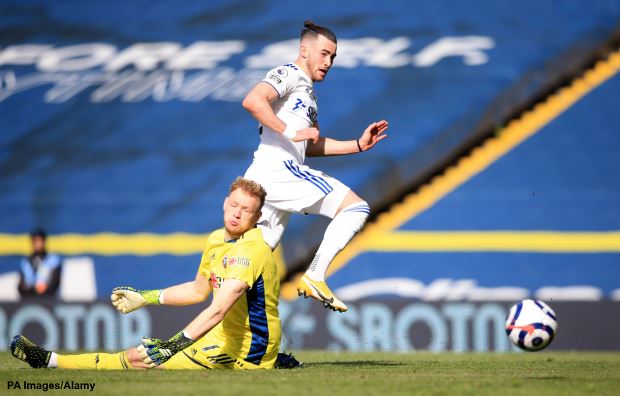 Whelan insists that Leeds can go into the meeting with the Citizens with the pressure off due to their win over Sheffield United and focus on playing their natural game.

“The good thing we’ve done this season is beat the teams that we had to beat.

“Win those mini-leagues and we’ve gone and done that, we’ve done our job.

“When it comes to the Man Citys, these are the games you think you will get nothing from these so if we do an absolute added bonus.

“You can go into them a little bit more calm, relaxed and go out and play our game.”

Leeds held Manchester City to a 1-1 draw in the earlier fixture between the two teams this season, with the Whites scoring through Rodrigo at Elland Road.