Mark Hateley has expressed his strong belief that Rangers will beat Celtic in their upcoming Scottish Cup tie as the Gers will approach the game with renewed vigour and a will to win.

Celtic are yet to beat Rangers in the current campaign, with the Gers coming out on top in two of their Scottish Premiership clashes while playing out a draw in the third.

With their 4-0 hammering of Cove Rangers in the Scottish Cup on Sunday, Steven Gerrard’s men have booked a cup tie against the Hoops in the fourth round on 17th April at Ibrox. 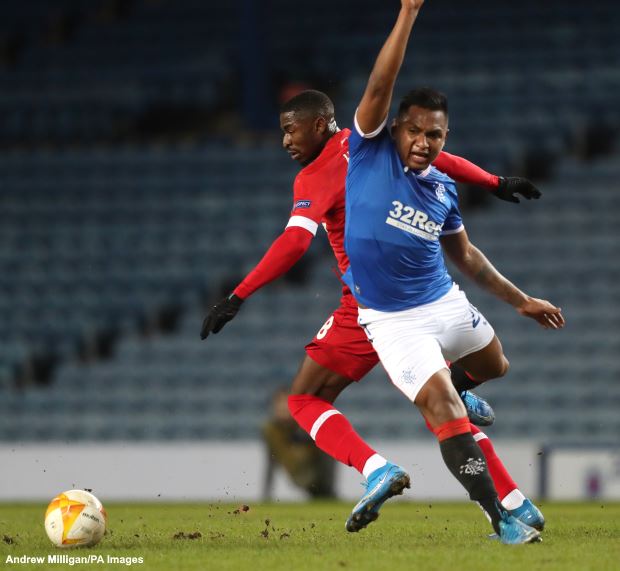 Rangers legend Hateley is confident his former team will knock out their arch rivals at home as they will step on the pedal again and will pile further misery on the dethroned now former league champions.

Hateley added that the whole Gers squad are now focused on keeping their unbeaten record in the league and the Scottish Cup alive and highlighted they showed their determination with a stellar display against the Toonsers.

Asked what he is expecting when Rangers take on Celtic in the Scottish Cup, Hateley said on Ten10 Podcasts: “I am expecting a barren season for Celtic.

“We want to remain unbeaten all season.

“This is what they are laying down right now and you can see it sinking in.

“You can see how we played on [Sunday night], I keep saying you can only play against the opposition as you do but we never allowed anything.

“No mistakes, nothing, it was on the ball, high pressure and that is what you are going to get from us until the end of the season.”

Rangers will host Hibernian in the league on Sunday and will be determined to snatch a win at home to take to their cup tie against Celtic in two weeks’ time.