Jermain Defoe has revealed his mentality to push himself to make sure he does his best with every opportunity is standing him in good stead whenever Rangers boss Steven Gerrard has asked him to step up.

The veteran striker has largely been a squad player in the current campaign under Gerrard, stepping up whenever the team needs him while being a leader in the dressing room.

Defoe started and scored for the Gers against Cove Rangers in a 4-0 win on Sunday in the Scottish Cup while also laying on an assist during his 73 minutes on the pitch. 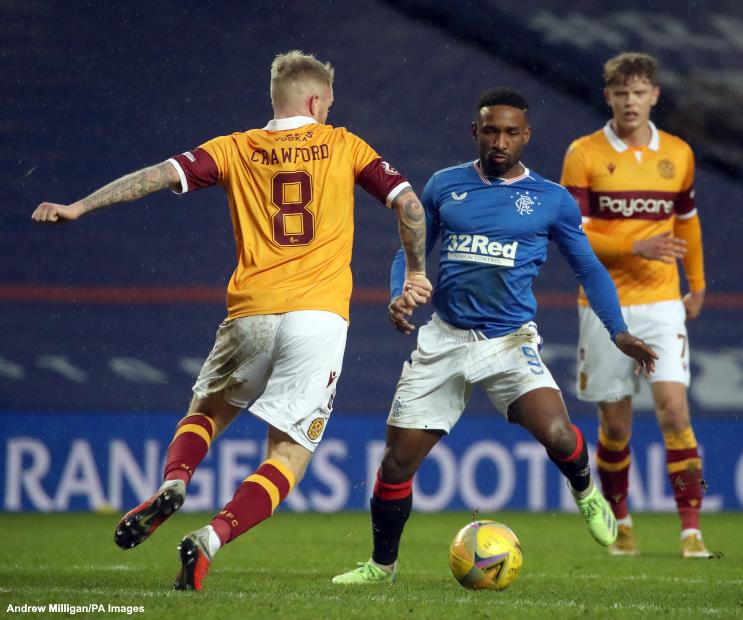 The Rangers hitman is of the view that his mentality to keep pushing and make the best version of him available to his boss whenever he hands him minutes has stood him in good stead.

Defoe explained that he makes sure he does not miss any training, doing a lot of work in the gym resulting him in being able to put in some solid displays.

Asked how he has been keeping himself ready while not playing regularly, Defoe told Rangers TV: “I think it is just, maybe it is mentality.

“You need games to get match fitness and that, but I am not sure how I feel to be honest because I have not played for such a long time.

“I have done a lot of work in the gym.

“I have just tried to train as much as possible, do not miss a training session and to keep myself fit because I know any opportunity you might get minutes and you might get a chance, the cup games coming up might play.

“So, I suppose all that mentality where I just want to push myself to make sure that when I play that I put in those sorts of like good performances.”

Rangers now have the week off to recharge their batteries and will return to Scottish Premiership action on Sunday when they host Hibernian at Ibrox.