Rangers legend Mark Hateley has heaped praise on Kemar Roofe for the quality of his all-round game and tipped the forward to get better for the Gers if he stays fit.

Roofe has been a regular for Steven Gerrard’s side since joining them from Belgian outfit Anderlecht last summer and has made 29 appearances across all competitions so far.

The 28-year-old took his goalscoring tally for the season to 14 by netting a brace in the Light Blues’ 4-0 victory over third tier club Cove Rangers in the Scottish Cup on Sunday. 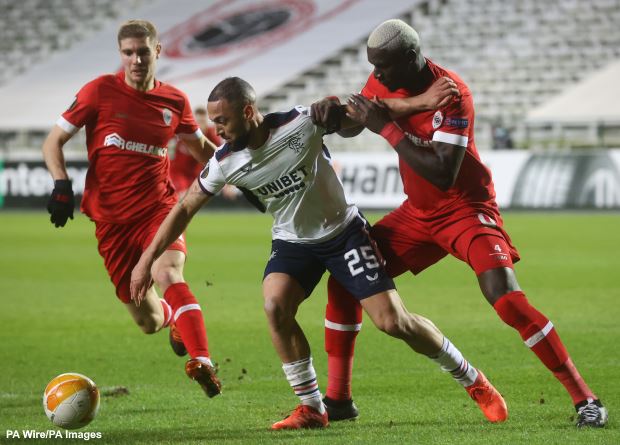 Roofe has found the back of the net once every two games on average for the Gers and Ibrox great Hateley explained that it is the goalscoring record expected from the strikers at the club.

Impressed with Roofe’s all-round game, Hateley pointed out how the forward can score all types of goals and also hailed his balance and strength before tipping him to be a great asset for Rangers.

“It is the all-round game he has, it is what sort of goals that he scores, all sorts of goals – headers, right foot, left foot, goals from the halfway line, all that sort of stuff, he does everything.

“He just uses his body. He is not the biggest guy but he looks stronger than he actually is, he uses his body really, really well.

“Correct, [a low centre of gravity] but a different build to Jermain [Defoe], Jermain looks like chunky where he can turn people and all that sort of stuff.

“Keep him fit, keep him on the pitch.

Having made a good impression in his first season at Ibrox, Roofe will be looking to establish himself as a key player during his time at the club.