Remaining Games Are About This For Me – Celtic Attacker

James Forrest has revealed he is aiming at playing as many minutes as he can for Celtic in the remainder of the season having started his first game for the Hoops following an extended spell on the sidelines.

Forrest made his first start for the Hoops in almost seven months at the weekend in a 3-0 win against Falkirk in the Scottish Cup, scoring the opener for his team.

The midfielder was sidelined with an ankle injury, missing the better part of the current campaign, but is now looking forward to finishing off the season on a strong note. 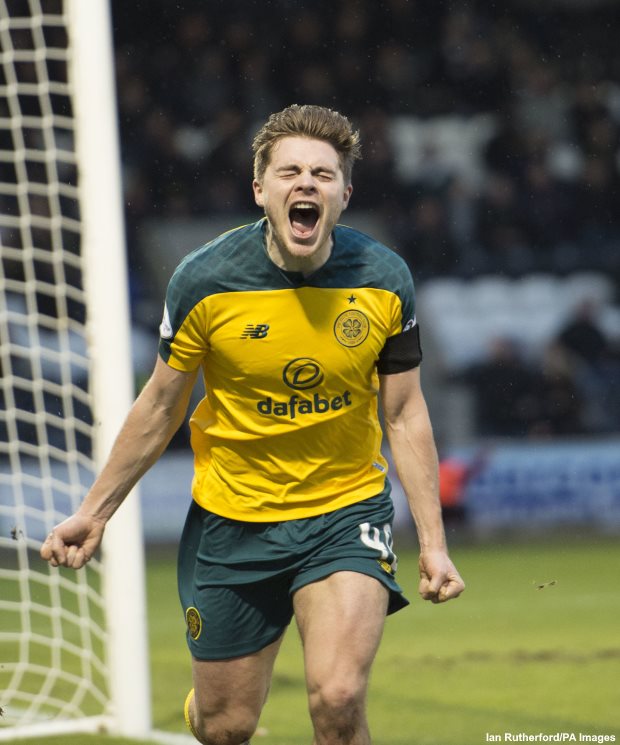 Forrest revealed that he is eyeing clocking up as many minutes as he can in Celtic colours for the remainder of the current campaign as he seeks to get back to his best.

The 29-year-old added he is loving being back on the pitch after being forced off on to the sidelines for a large chunk of the season and stressed he is now focused on building back his match fitness.

“I’ve been out for so long but it’s been great back training over the last few weeks”, Forrest told Celtic’s official site.

“I’ve got myself back in playing games with Celtic and that’s what you need to do.

“Everyone who is Scottish is wanting to have a good end to the season.

“For me it’s about building up fitness and getting as many minutes and games as I can.

“I’m loving being back playing again.”

Celtic will return to the field at the weekend in a Scottish Premiership clash against Livingston and Forrest will be hoping to get on the pitch again.