James Tavernier has signed a new deal with Rangers that extends his stay at Ibrox until the summer of 2024 and insisted that claiming the Scottish Premiership title this season was only the start of a new winning journey for the Gers.

The right-back has been an important piece in Steven Gerrard’s title winning squad after racking up an incredible 17 goals from 41 appearances for Rangers this season.

A huge influence both on and off the pitch, Tavernier captained Rangers to their 55th Scottish Premiership title this season after a decade without winning the league. 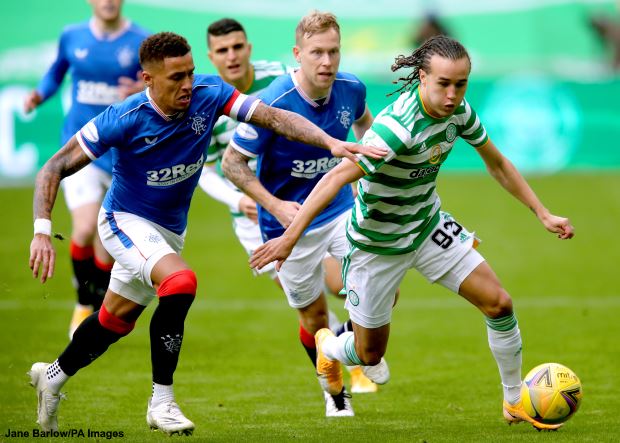 Tavernier expressed his delight at signing a new deal with the Gers before insisting that winning their 55th title was only the beginning of their new journey towards success.

The 29-year-old pointed out that there is a lot more work to be done and more goals to be accomplished by Rangers as he stated he is privileged to have the honour of captaining a massive club like the Gers.

“I am delighted to extend my contract at this magnificent club”, Tavernier told Rangers’ official site.

“As soon as I arrived six years ago, I soon realised how massive this club is.

“It isn’t a club really – it’s an institution.

“To captain Rangers to our historic 55th title is a memory I will hold forever.

“It is a privilege and an honour to pull on the famous royal blue, and adding the captain’s armband makes it even more special.

“As we celebrate our 150th anniversary, I am mindful that there is much more work to be done to ensure we uphold the values of Rangers.

“I will continue to strive to be better as a player, captain and make sure we continue to set the standard higher than before.

“55 wasn’t the end of the journey, it was only the beginning.”

After having already claimed the Scottish league title, Rangers will look to make good on their captain’s words and continue on their march for more silverware as they set their sights on winning the Scottish Cup.