Slavia Prague star Jakub Hromada has revealed playing against Arsenal is one of his biggest dreams but stressed his club are fired up to fight to progress to the semi-finals in their upcoming Europa League clash.

Arsenal are gearing up to host Czech outfit Slavia Prague on Thursday at the Emirates Stadium in their first leg of the Europa League tie.

Despite the pressure of taking on the Premier League giants in two-legged knockout tie, Slavia Prague stars are relishing the tie, according to midfielder Hromada 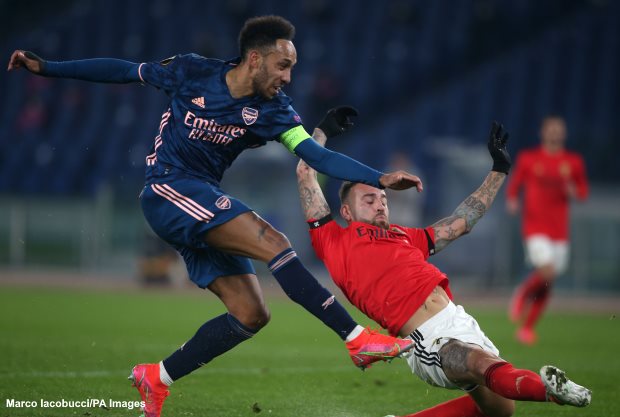 The 24-year-old revealed that it is his and many of his team-mates’ dream to play against the Gunners, who in his view are still a top team in spite of their struggles in the English top flight in recent years.

However, Hromada stressed Slavia Prague’s stars looking forward to the challenge of taking on Arsenal and issued a warning to their hosts that they will give everything to progress.

“[The] Arsenal [game] is not only my dream come true but all of my team-mates”, Hromada told Slavia Prague’s official site.

“Although they may not be doing so well in the English [Premier] League in recent years and the results are not what we are used to.

“Of course, they are one of the top clubs in the world, so it is a huge challenge for us.

“We are really looking forward to it and we want to fight to progress.

“A week ago, my biggest boyhood football dream came true when I played for the Slovakia national team.

“The second biggest dream was Arsenal.

“I believe that if the coach chooses me, I will enjoy the match and I will be beneficial for the team.”

Arsenal suffered a 3-0 Premier League loss to Liverpool at the weekend and will be eyeing bouncing back from it with a strong display against Slavia Prague in their next outing.