Michael Ball has admitted to being baffled that Everton boss Carlo Ancelotti is not giving Josh King more chances to impress, especially in scenarios where first choice duo Dominic Calvert-Lewin and Richarlison are not having the best of outings.

King is yet to start a game for Everton having arrived at Goodison Park in the last transfer window, with all of his eight appearances coming off the bench so far this season.

Ancelotti opted to not use the Norwegian on Monday in a 1-1 draw against Crystal Palace despite both Calvert-Lewin and Richarlison failing to make the most out of presentable opportunities, resulting in a profligate Everton side dropping two crucial points. 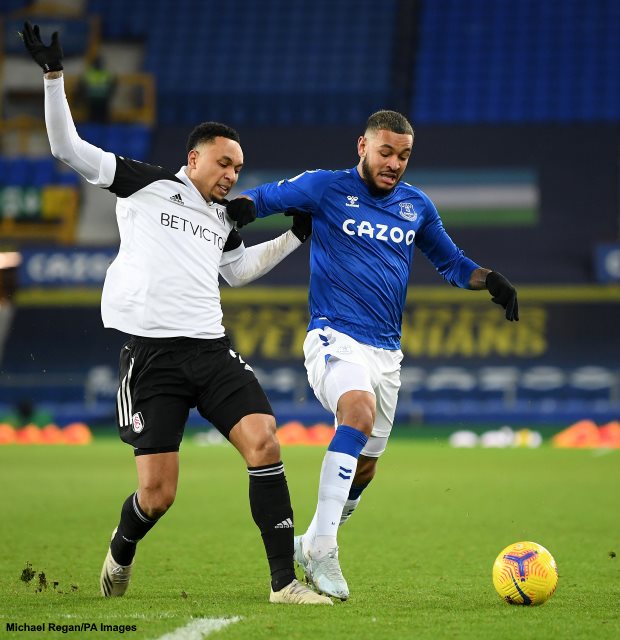 Ex-Everton star Ball is of the view that it is in such scenarios when first-choice forwards are not looking at their best that the fresh legs of an attacker like King, who wants to prove himself, should be given some game time and is baffled it is not happening.

Ball urged Ancelotti to play King more and give him substantial game time to show what he is about as he was roped into the team for what he adds to the attacking department.

“We have Josh King there [as an attacking option] too”, Ball wrote in his Liverpool Echo column.

“What is going on there? Is he not doing enough in training?

“Was he not a player Carlo Ancelotti wanted in the first place?

“But he would have freshened things up against Palace.

“He might not be here for the long-term, but bring someone on with a desire to do well, with a freshness, to put the ball in the back of the net.

“Calvert-Lewin and Richarlison have done so well for us this season but Monday just wasn’t their night.

“Put Josh King on. Get him on the pitch. Let’s see what he’s all about.

“We’ve brought him to the club, so why not give him his moment?”

Everton are currently winless in their last three league outings and will be determined to turn their fortunes around when they travel to the Amex to take on Brighton & Hove Albion on Monday.