Celtic striker Leigh Griffiths could leave Parkhead in the summer with two clubs interested in signing him on a free transfer, according to the Scottish Sun.

Griffiths is waiting for Celtic to make a decision on whether they want to take up the option of extending his contract by one more year.

The deadline for the option is 30th April and if Celtic inform him that they will not be extending his deal, the striker will exit the club on a free transfer. 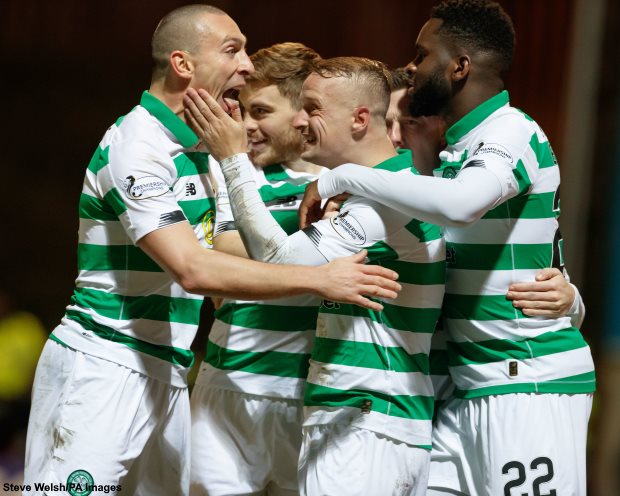 He has been a bit-part player at Celtic this season and there were concerns about his fitness levels.

But he remains a coveted forward in Scotland and it has been claimed that Aberdeen are interested in potentially taking him to Pittodrie.

The Dons will have Scott Brown in their ranks next season and could look to sign his close friend Griffiths as well on a free transfer.

Hibernian are also expected to be an option and the striker shares a close bond with his boyhood club.

It remains to be seen whether Celtic will feel the need to keep Griffiths’ experience at the club or let him move on.