The 22-year-old has been a key player for Vincent Kompany’s Anderlecht since joining them on a season-long loan from Manchester City last summer.

Nmecha’s performances for the Belgian top flight sides have not gone unnoticed, with the player being linked with several clubs, including Real Madrid. 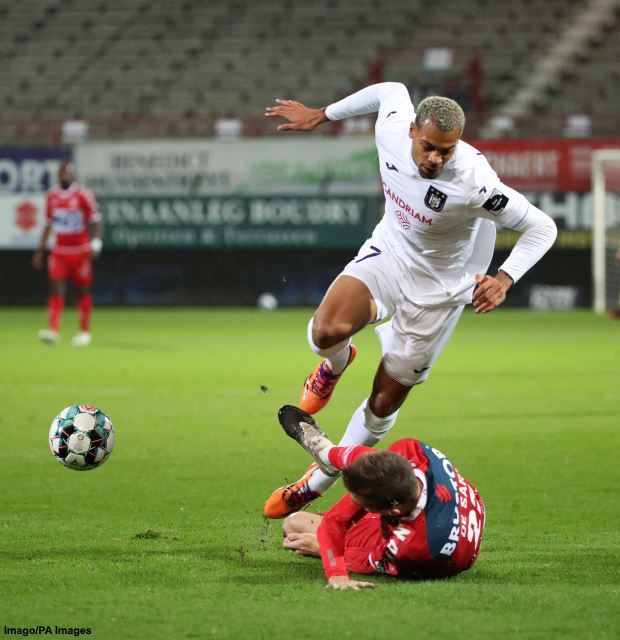 However, former Anderlecht star and Belgium legend Verheyen has insisted that Kompany’s side should make retaining the German’s services a top priority for the summer.

Expressing his desire to see Nmecha stay at Anderlecht beyond his loan contract, Verheyen hailed the Manchester City loan star as an all-round striker.

“Keeping Lukas Nmecha on board next season, Anderlecht must make that their top priority“, Verheyen wrote in his column in Belgian daily Het Nieuwsblad.

“With Nmecha you have an all-round striker who works hard, can combine, gets in front of the goal at the right time and does not miss any attack.

“Whether he’s going deep, dipping into the corner or asking for the ball to his feet, he’s always offering midfielders a playing option.

“His greatest quality is how easily he turns away with an opponent in his back.“

Verheyen is also of the view that securing a European spot would give Anderlecht a bigger chance to keep Nmecha beyond the summer.

“If Anderlecht are able to finish in the first playoff group, European football might help to keep him next season“, he wrote.

Nmecha has a contract with Manchester City until the summer of 2022 and it remains to be seen if he will be given a chance at the Etihad Stadium next season.