Seamus Coleman has insisted that Everton need to finish in a European place after the Toffees played out an uneventful 0-0 draw at Brighton and admits missing out would be a bitter blow.

Carlo Ancelotti was forced to shuffle his team at Brighton and due to injuries started with no fewer than four natural centre-backs in the shape of Mason Holgate, Michael Keane, Yerry Mina and Ben Godfrey.

The Italian saw his side put in a performance short on attacking inspiration as it ended 0-0 on the south coast, with the Toffees managing just a single shot on target throughout the 90 minutes. 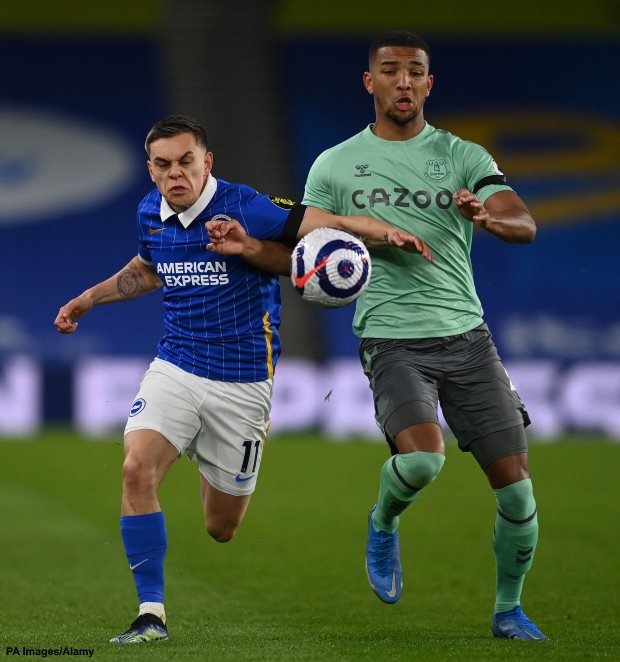 Everton now sit in eighth in the Premier League on 48 points, six off fifth placed Chelsea, though they do still have a game in hand on all the seven sides above them apart from Manchester City, on whom they have two games in hand.

The jury is out on whether Everton will be able to qualify for Europe and Coleman makes no bones about the fact that it is something the Toffees need to do.

He said post match on Sky Sports: “Yes it would be a massive disappointment [if we missed out on a European spot].

“We have been given opportunities this season by other results.

“We just had to look after ourselves and we would have been in a better position.

“That would be the disappointment. We have full belief and obviously the manager we have has massive experience and doesn’t panic.

“We have something to play for, but yes, there’s no question we need to finish in European places.”

Coleman feels that Everton mostly need to focus on putting their form at Goodison Park right.

“We have a great manager and some top players.

“It’s just about those results at home we need to brush up on massively”, he added.

Everton are next in action on Friday evening when they are set to play host to Tottenham Hotspur at Goodison Park, and will have an opportunity to record a home win.