Everton have officially announced their starting line-up and substitutes for this evening’s Premier League clash on the south coast against Graham Potter’s Brighton side.

The Seagulls sit a lowly 16th in the Premier League table, but victory this evening would move them on to 35 points, nine ahead of the drop zone. 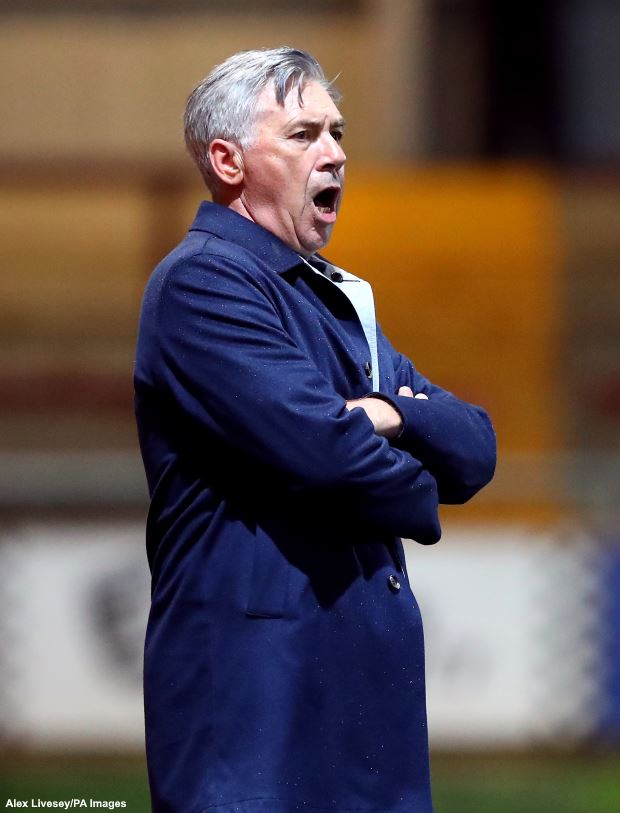 Everton have their own reasons for chasing all three points as they sit in eighth and eight points off the top four, with two games in hand; boss Carlo Ancelotti will likely have marked this evening’s game down as a must win for his Toffees side.

The earlier fixture between the two teams this season, at Goodison Park, ended in a 4-2 win for Everton and they would welcome a repeat tonight, however they suffered a 3-2 loss on their last visit to Brighton.

Ancelotti is without goalkeeper Jordan Pickford and midfielder Andre Gomes, while Bernard, Allan, Abdoulaye Doucoure and Dominic Calvert-Lewin are also not in the squad.

Full-backs Lucas Digne and Seamus Coleman also get the vote to play and it remains to be seen how Everton will line up as they cope with injury issues.

Further up the pitch the Toffees deploy Gylfi Sigurdsson and Tom Davies, while James Rodriguez and Richarlison will look to trouble the Brighton defence.

If Ancelotti needs to make changes then he has a bench full of options, including Alex Iwobi and Niels Nkounkou.