Played It To Help Him, It Didn’t Help – Osnabruck Stadium Announcer On Song For Former Leeds Star

Osnabruck stadium announcer Carsten Thye has revealed why a hit Dutch song was played at half time in the club’s 2. Bundesliga meeting with Regensburg on Wednesday.

Eyebrows were raised when the Dutch song Per Spoor by Guus Meeuwis was played at half time through the stadium speakers.

Questions were asked about why the song was chosen and Osnabruck stadium announcer Thye has revealed it was all done to help the club’s former Leeds United star Jay-Roy Grot. 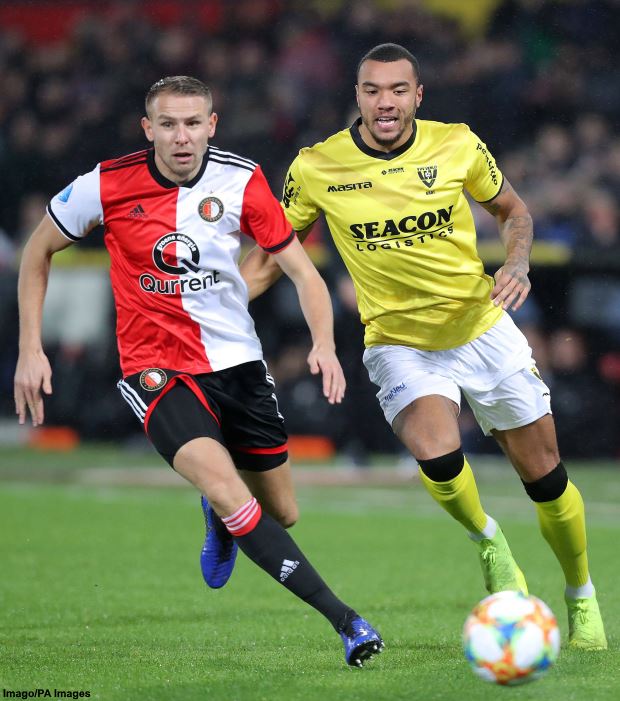 Osnabruck signed Grot from Leeds on the final day of the winter transfer window and he penned a contract until 2022 with the club.

The club were looking for Grot to help in their relegation battle, but he has played just twice, in a 4-0 loss against Braunschweig and in Wednesday’s 1-0 loss against Regensburg.

Thye admits that he wanted to help Grot.

“We wanted to encourage our new player Jay-Roy Grot a little bit, give him a helping hand”, Thye was quoted as saying by Dutch outlet Voetbal Primeur.

Thye though is not sure whether the song was liked by Grot, who failed to get on the scoresheet during the 45 minutes he was on the pitch, but he is confident enough to say it did not help.

“No idea if he liked it. Well, it was a joke. Our fans know that song too. It was a nice hit in German”, he said.

Osnabruck sit third from bottom in the 2. Bundesliga and face a battle to survive, meaning Grot could be playing third tier football next season, some distance away from the Premier League dreams he had at Leeds.