Luke Ayling has insisted all at Leeds United have already shrugged off the hype surrounding their away win at Manchester City and are now looking to shock the world again when they host Liverpool on Monday night in the Premier League.

An Injury time goal from Stuart Dallas saw the Whites shocking the top flight title favourites Manchester City at their stomping ground, with the game ending 2-1 in favour of the visitors at the weekend.

Leeds are gearing up for another tough challenge in the shape of top four chasing Liverpool on Monday with the clash set to be at Elland Road. 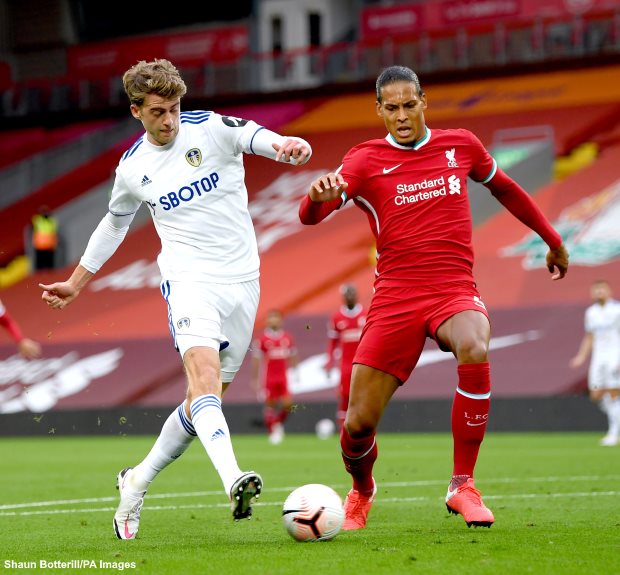 Ayling revealed the Leeds dressing room was buzzing after their impressive away win against the Citizens, but the hype has since been shrugged off and they have already refocused on the next game.

The Leeds full-back added that they are up for a massive challenge against the Reds on Monday and are now looking to shock the world again.

“No, like of course we were all buzzing after the [Manchester City] game, there was a great atmosphere in the dressing room but yes like it is done now”, Ayling said on the Official Leeds United Podcast.

“We shrug that one off and then we go into another massive game on Monday [against Liverpool] and try and cause another shock, really.

Leeds and Liverpool battled it out in a 4-3 thriller in their season opener at Anfield with the home team coming out on top.