Sunderland manager Lee Johnson has expressed his happiness with the progress Elliot Embleton has made at Blackpool and has insisted that the youngster will come back to the Stadium of Light in the summer and be part of the squad.

After featuring in nine league games for the Black Cats during the first half of the campaign, the 22-year-old was sent out on loan to Blackpool in February for the remainder of the season.

The midfielder has since established himself as a first-team regular under Neil Critchley, featuring in 13 games, scoring one goal and setting up three more for his team-mates. 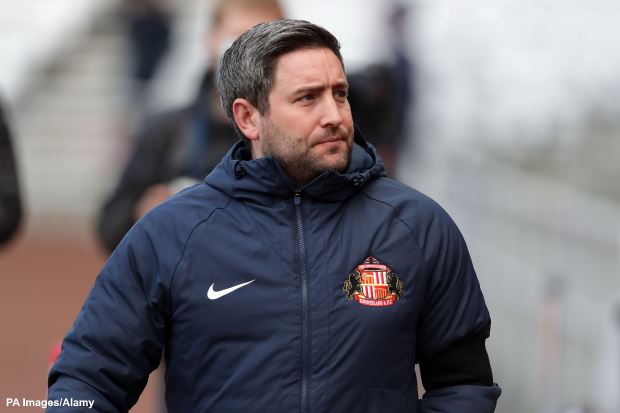 Now, as the Black Cats prepare to face Embleton’s current side in a league match on Saturday, Johnson took time to justify his decision to send the academy graduate on loan and insisted that the former England Under-20 international will come back and become part of his plans.

“What we do know is it’s an easy decision in the summer with Elliot”, Johnson said at a press conference.

“He’ll come back and be in the squad.

“He’s come through our academy, we want to promote him and the reason for him going to Blackpool is for him to do what he’s done.

“We wanted him to be successful in a good side playing good football, helping to take points off other teams.”

Johnson also took time to reveal that his club have kept a close eye on Embleton’s performances in the north west.

“We’re always examining the data side of his performance and we’ve been in touch regularly.

“He’s a great footballer who can play off both feet, both channels, and he perfectly suits their 4-2-2-2 system.

Embleton will be unavailable for the match at Bloomfield Road as he is ineligible to play against his parent club.