Leeds United defender Luke Ayling insists that all in the Whites squad are delighted with how Patrick Bamford has flourished in the Premier League this season.

Bamford has lit up the Premier League since his return to the top flight with Leeds and has reached double figures in goals already, with seven matches still left to be played.

Ayling feels that Bamford’s story is one that has impressed the most in the squad because he is the same player who was once discarded by managers and got a lot of stick because he was expected to score more. 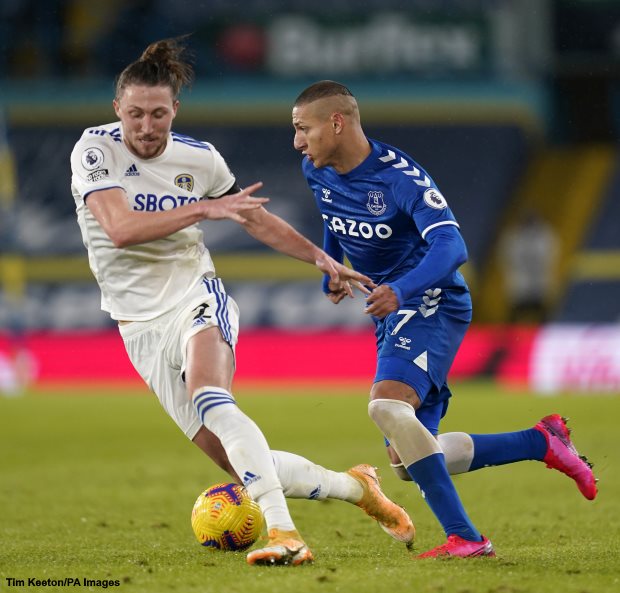 Now though after 31 Premier League matches, Ayling feels that Bamford deserves to be in the England team for the European Championship and will do his chances a world of good by scoring as many as he can in the remaining seven matches.

“If you asked the boys who they are most pleased for this year, I think everybody would say, Pat”, Ayling said in an interview on the official Leeds United Podcast.

“Everyone knows that he got a lot of stick in the past, a lot of managers thinking that he is not good enough, silver spoon and all this malarkey and that.

“But he has just come out this year and from minute one, he has worked hard, he has scored goals and has been brilliant.

“And he has got seven games left to get on that plane for the Euros which I think most of us think that he should be.

“So, he has got seven games now to score as many goals as he can and make sure that he is on that plane.”

With 14 goals, Bamford is joint fourth among the list of highest goalscorers this season in the league, with Tottenham striker Harry Kane, Liverpool’s Mohamed Salah, and Manchester United’s Bruno Fernandes being ahead of him.