Newcastle United defender Federico Fernandez is of the view that his side’s upcoming Premier League opponents West Ham United are bursting with confidence at the moment, which in turn has made their attack sharper.

The Magpies started their league campaign by thumping West Ham 2-0 at the London Stadium, but both teams’ seasons have since gone in the opposite direction.

David Moyes’ Hammers found consistency in their results as the season progressed and clawed their way into the top four, while Newcastle under Steve Bruce are currently fighting for their survival in the top flight with just six points separating them from the drop zone. 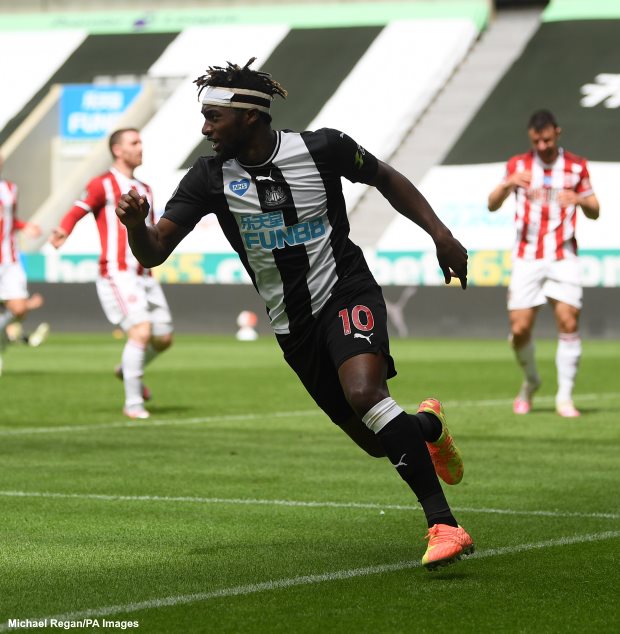 Newcastle defender Fernandez has revealed he is impressed with West Ham’s season and the confidence they have in their ranks, which has made them play an effective, sharp brand of football.

The centre-back added his team need to be wary of the Hammers attacking strength, deal with it and hurt the visitors with every opportunity in the St. James’ Park clash.

Asked what impresses him most about West Ham this season, Fernandez told NUFC TV: “Well, I think they know exactly what they do.

“They are in a moment where every single player is high in confidence and they play effective football as well.

“They have pace in front, line of five [at the back] looks solid.

“So, at the moment their confidence I repeat is very high, but they do look very sharp.

“Of course for us instead really try to block this kind of attacking strength and probably try to hurt them.”

Newcastle are further boosted by the return of their attacking pair Allan Saint-Maximin and Callum Wilson, but it remains to be seen whether boss Bruce will start them against West Ham.