Former Celtic boss John Barnes has insisted the Hoops should wait until the end of the season before appointing a new manager as there is no need to rush now.

A goalless draw in early March against Dundee United ended Celtic’s hopes of claiming a tenth successive league title as Rangers gained an unassailable lead at the top of the Scottish Premiership.

After a string of poor results, ex-boss Neil Lennon parted ways with Celtic in February as they fallen 18 points behind Rangers by then in their chase for the league title. 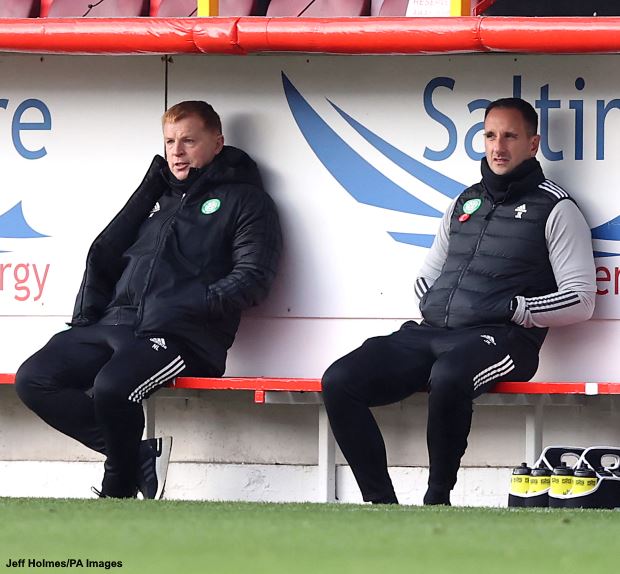 Following Lennon’s resignation, names of potential replacements have been being floated around at Parkhead, with John Kennedy stepping up as caretaker manager, while the club are on the lookout for a new permanent boss.

Barnes believes that Celtic should not rush into appointing a new boss to take charge of the club as the league title race is already done and dusted.

The ex-Celtic boss insists that appointing a new manager is better off being done at the end of the current campaign as it is pointless to bring in a new face to take charge at Parkhead at this stage of the season.

“Celtic don’t have to appoint anybody now; the press just speculates and people outside of the club don’t know what is going on”, Barnes told Bonus Code Bets.

“What is the rush?

“Appointing a manager [at Celtic] is not going to do any good, either way they aren’t going to win the league this season.

“Always make the decision at the end of the season.

“We [people outside of Celtic] don’t have to speculate every single day about who is going there [to manage].

“It is just us getting excited about that situation.”

Kennedy has been mooted as a possible candidate to become permanent boss and beating Rangers on Sunday would boost his chances.