The 27-year-old plied his trade for Swedish outfit Malmo before moving to Italy, where he enjoyed spells with Serie A clubs Hellas Verona and Bologna.

Former Malmo defender and assistant coach Persson first worked with Helander when he was 15 years old and is well aware of the centre-half’s qualities. 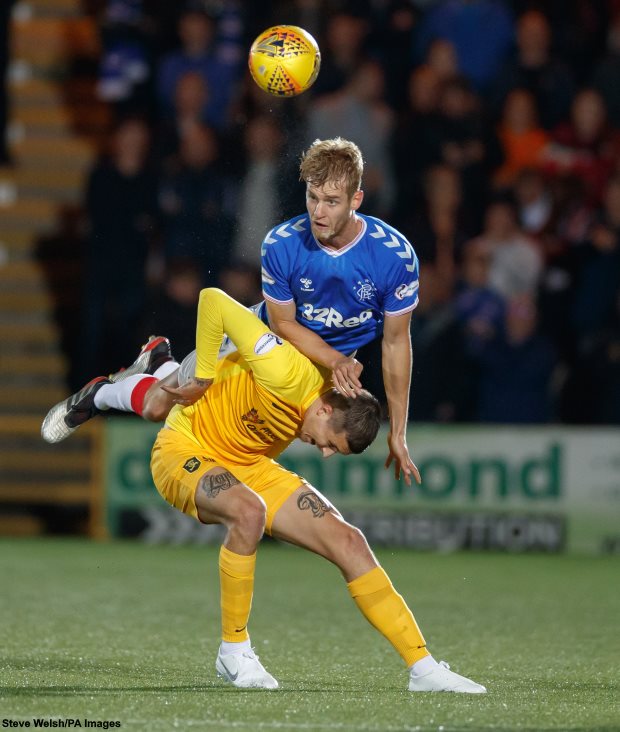 Describing Helander’s characteristics as a player, Persson feels that the Gers star is a top-class defender who loves his job and pointed out how he views defending as his primary purpose instead of focusing on his ball-playing abilities as modern centre-backs do.

Persson went on to heap praise on Helander for his defensive abilities by comparing him to Sweden legend and former Bayern Munich star Andersson, who he labelled the god of blocking shots.

“The best thing to say is that he loves defending”, Persson told The Athletic.

“The youth players who are coming up now speak about being good on the ball but Filip’s principle is defending and he is top-class at it.

“I remember playing with Patrik Andersson.

“He is the god of blocking shots and Filip is the same.

“He is not bad on the ball but he keeps it simple.

“The outstanding thing is that he took such pride in defending.

“In Malmo, when you play in the younger teams, they are used to controlling the game with the ball and leaving the central defenders with a lot of space to cover when the opponent has the ball.

“He developed in those years playing higher up and working on his one-v-one defending.”

Helander has made 29 appearances across all competitions for Rangers so far this season, while scoring three goals in the process.