Sunderland boss Lee Johnson has bemoaned his side’s 1-0 loss at Blackpool and feels on most occasions they would not have lost, while stressing now is not the time to criticise the players.

The Black Cats headed into the clash at Blackpool desperate for three points to boost their automatic promotion hopes following back to back defeats.

Johnson’s men though fell behind to a Luke Garbutt goal in the 58th minute, which came hot on the heels of Sunderland star Aiden McGeady hitting the woodwork. 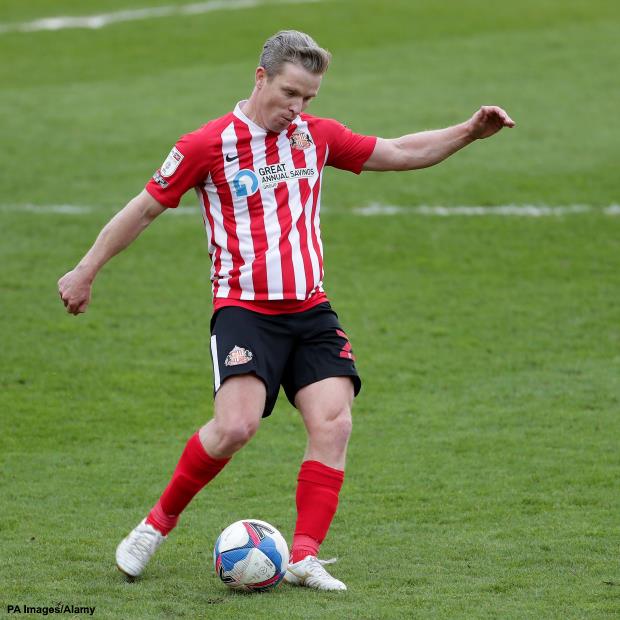 Sunderland bossed possession and had 13 shots on goal, of which six were on target, but could not make their chances count and slipped to a damaging loss.

Johnson feels that unlike their previous two losses the defeat came about because of fine margins and is sure that on most occasions his men would have taken something out of the game.

“Today without a doubt it was fine margins. In the previous games we had ourselves to blame because it was the set plays we switched off with the concentration”, he told his club’s media post match.

“I think if you play that tie 100 times then we certainly get a draw or at least a win in the majority of those.”

The Sunderland boss is not prepared to criticise his players for their performance at Blackpool as he feels they tried to do what was required.

Asked what he told the players at full-time, Johnson said: “I have to be honest with them and I thought they did OK today.

“We asked for encouragement, not only on the bench, but on the pitch as well, which I thought they did.

“We asked for boldness and creativity, which I thought we tried to do; we did not always have the final ball or end delivery, but we had two or three really good chances at the end and they did ever so well to put their bodies on the line.

“So it’s not the time to be ultra critical of the players, the criticism came from the previous game and the game before that due to switching off.

“Today it wasn’t a case of switching off. It was a mistake that has cost us and that’s it.”

Sunderland will now prepare for a trip to take on league leaders Hull City as they look to end their losing run and build momentum ahead of a likely playoff campaign.