Mark Wilson has indicated Celtic would be wasting their money if they pursue a permanent deal for Everton loan star Jonjoe Kenny.

The Scottish giants landed Kenny on a loan deal until the end of the season in the winter transfer window and quickly slotted him in at right-back.

Kenny has clocked regular game time during the course of his loan spell, but it has been questioned whether Celtic could afford to sign him from Everton on a permanent basis. 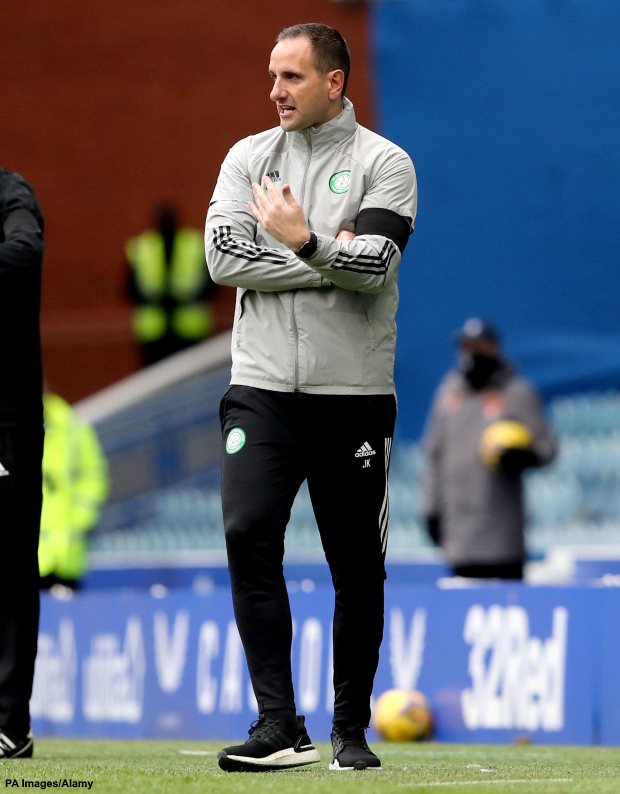 Former Celtic defender Wilson though has not been impressed with the Everton loanee and does not feel signing him permanently would be a worthwhile use of the club’s cash.

“You can’t tell me it would be a worthwhile fee if you were to bring Jonjoe Kenny [in permanently] to Celtic”, Wilson said on Clyde 1 during Celtic’s cup loss to Rangers.

“I must admit when he came and I saw his debut down at Rugby Park I thought he did pretty well in that game, the night Celtic won 4-0.

“But apart from that it’s been pretty ordinary [from him].”

Any decision on a swoop to sign Kenny on a permanent basis is likely to be on the desk of the new Celtic manager, when he is appointed.

Kenny has also had loan spells at Wigan Athletic and Oxford United, while he impressed last season in Germany with Schalke.