Leeds United legend Dominic Matteo has explained that Stuart Dallas is growing in stature with every game and feels he is still improving as a player despite being 30 years old.

Having excelled in multiple positions, the Northern Ireland international has been one of the standout performers for Marcelo Bielsa’s side this season.

Dallas scored the brace in the Whites’ 2-1 victory over league leaders Manchester City before helping the side to a 1-1 draw against Liverpool this week. 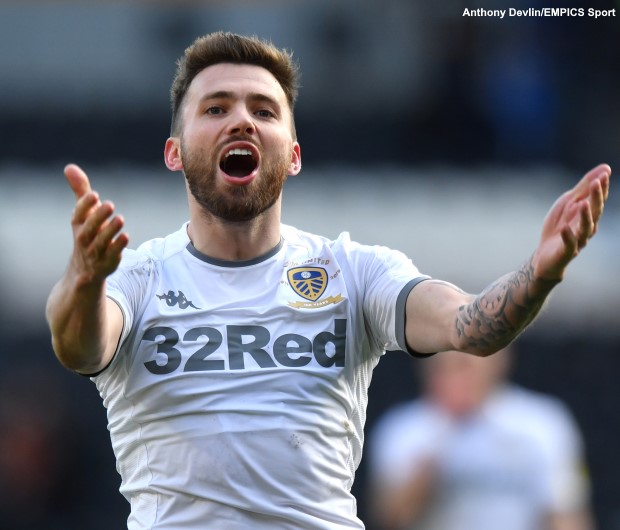 Elland Road great Matteo has been delighted with Dallas’ contributions to Leeds this season and explained that he is growing in stature with every passing game.

The Scot admitted that the Leeds workhorse faced a real challenge against Jurgen Klopp’s side, but stressed how he improved as the game went on and helped his team earn a point.

“Dallas in particular seems to grow in stature every game“, Matteo wrote in his Yorkshire Evening Post column.

“He had a bit of a battle against Liverpool, it was a real test against good opposition but as the game went on he seemed to get better.

“The first 15 minutes it looked as if Liverpool might run away with it but the more experienced Leeds players took hold of that and started to keep the ball better.“

Matteo also insisted that Dallas is still improving as a player despite turning 30 years old this week.

“The lads are learning every time they play“, Matteo wrote.

“Even though some of the lads are 30, like Stuart Dallas who had his birthday on Monday, it feels like everyone is still getting better.“

Dallas has scored seven goals and provided two assists from 32 Premier League matches for Leeds so far in the current campaign.