Ipswich Town manager Paul Cook has insisted he will not throw his players under the bus, but bemoaned the soft nature of his team and feels it is clear they are not playoff material.

The Tractor Boys are on a poor run of form, having last won at the start of April, and were thrashed 3-0 by relegation battlers Northampton Town on Tuesday night.

Cook’s men are eleventh in the League One standings and five points off the playoff spots with a further four games left to go. 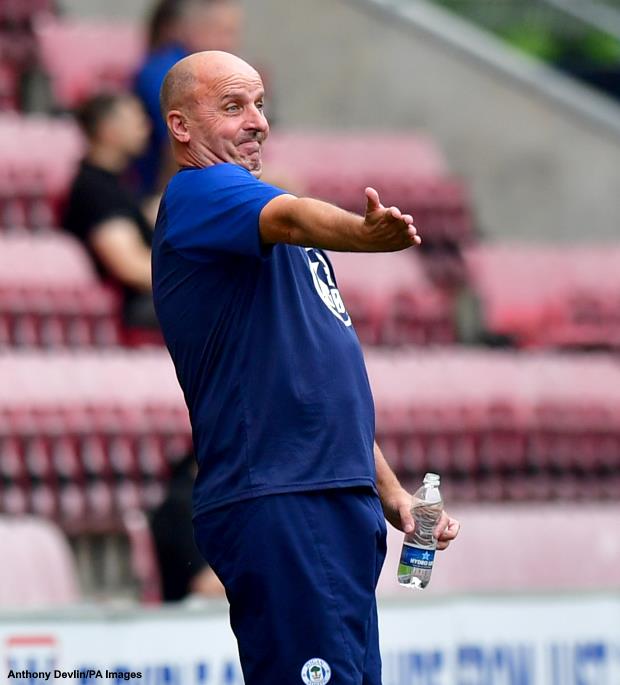 The Ipswich boss feels that his side are not playoff material though and are soft. He insists he will not throw his players under the bus, but is relishing the transition that is to come over the summer.

And Cook is clear that he is hurting.

“We’re not ready for the playoffs are we? Come on. Let’s have the truth sometimes. The truth hurts a little bit”, Cook was quoted as saying by the Ipswich Star.

“We’re going to be a club in massive transition now and the quicker that transition starts the better.

“There’s not much to add.

“If you watch us, generally you’d say we’re soft. Unfortunately, that’s something that I have to shoulder.

“The players represent us all. I represent the town. The fans know I’m hurting. People who know me know I won’t be throwing players under the bus. It’s not my style.

“What we’ve offered under me – I’m not talking about anyone else – hasn’t been good enough.

“I think I’ve said enough. I thank everyone for the support. We’ve got to be better – myself included.”

Ipswich play another side fighting for their lives this coming weekend when AFC Wimbledon provide the opposition at Portman Road.