Leeds United Under-23s boss Mark Jackson has admitted the gap between many of the youth players at Elland Road and Marcelo Bielsa’s senior team is massive at the moment, which has resulted in fewer of his starlets breaking into the first team.

Bielsa keeps tabs on promising players at all levels in the Leeds’ youth system, from the Under-23s to the lower ranks.

Jackson’s Under-23s side have clinched the Premier League 2’s Division Two title this season with standout performances from several players, but Bielsa is yet to hand any of them game time in the top flight. 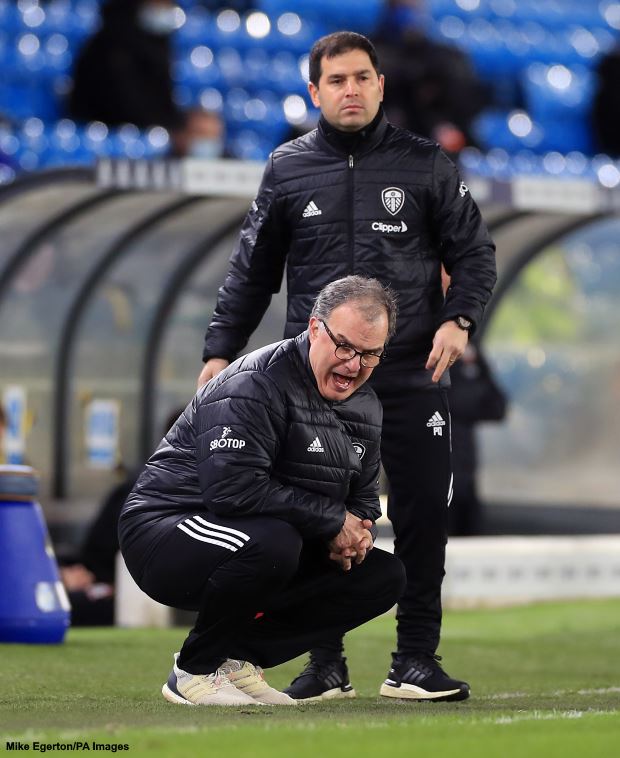 The Whites Under-23s boss admitted that the gap between the first team stars and most of the youth players is still massive, but stressed he and his fellow youth coaches are working at their best to accelerate the process of developing their charges.

Jackson explained that the academy players are talented but integrating them to the first team is a process that should be done in a measured manner, which Bielsa will do when the time is right.

“The gap [between the senior team and youth players] is massive”, Jackson told The Athletic.

“It’s not that these boys aren’t talented or can’t get there but you have to be sensible.

“It’s not only about jumping to the first team but sustaining yourself there when you do.

“As coaches, you can’t narrow the gap.

“What you can do is accelerate the progress of the players and we work on giving the manager a headache by saying ‘Listen, we think this player might be ready for you’.

“But he’ll blood them when the time’s right.”

Leeds Under-23s star Joe Gelhardt has made top flight matchday squads with the senior team and Sam Greenwood has clocked up minutes in the FA Cup.

It remains to be seen whether Bielsa will hand them minutes in the top flight in Leeds’ remaining games of the season now that they have ensured their safety in the league.