Leeds United star Patrick Bamford has revealed that his side’s guard of honour for the Under-23s side was a way to show the appreciation the first team have for the youngsters and the amount they contribute in training sessions.

The Whites’ Under-23 side have won the Premier League 2 Division 2 this season and have earned a promotion to the top tier of reserve football.

The youngsters were given a guard of honour by the Leeds first team in training earlier this week for their effort in winning the Premier League 2 Division 2 title. 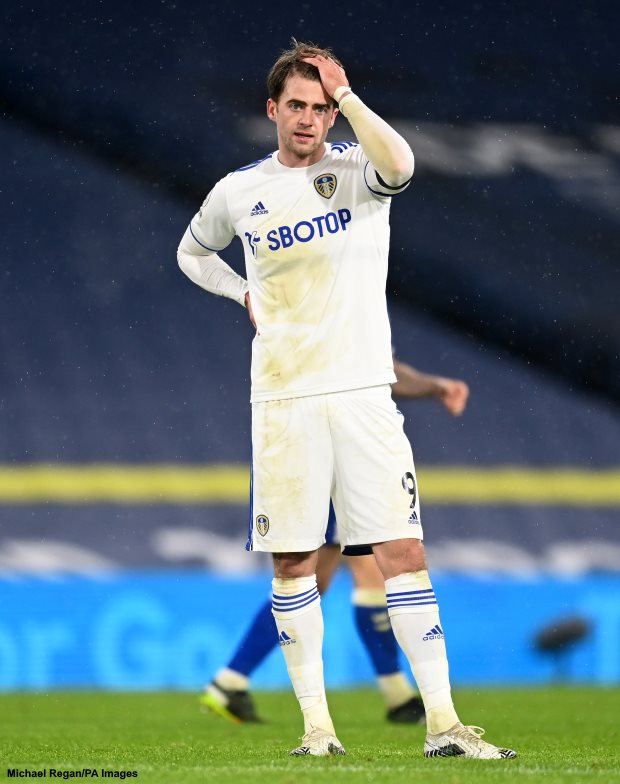 Bamford stressed that winning the league was great but the Leeds first-team players wanted to show the appreciation they have for the Under-23s for the work they put into training with the first-team stars.

He insisted that being an Under-23 player is hard as they are required to do fill-in jobs in first team training and are often running between the two squads for the needs of the first team.

The Leeds star said on the Official Leeds United Podcast: “They felt a little bit awkward walking through.

“The main reason we did it, a great achievement in winning the league, but being one of the Under-23 players is possibly they have a harder job week to week than any of us boys.

“Sometimes they will come in to make numbers, leave their training sessions, come in just to give passes for a certain drill.

“They will be there for five minutes and then run back to their squad and ten minutes later, they have to run back over.

“The amount they have to sacrifice to help the first team is probably the main reason why we made that effort and kind of give them even more plaudits.

“They give a lot up for us, just wanted to let them know we appreciate that.”

Marcelo Bielsa uses the Under-23 players extensively in training and has not shied away from naming a few in his first-team squads.