West Ham United are interested in Norwich City right-back Max Aarons, who has been told by the Canaries that he can leave for the right fee this summer, according to the Press Association.

The 21-year-old full-back was linked with a move away from Carrow Road after he impressed for Daniel Farke’s side in the Premier League last season.

Tottenham Hotspur and Bayern Munich were heavily associated with a move for Aarons, but Norwich managed to fend off interest and retain his services. 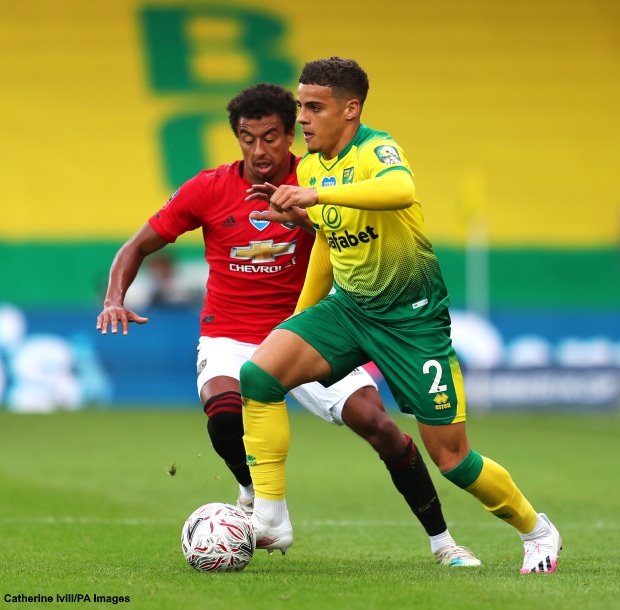 The right-back has helped the Canaries earn promotion back into the Premier League this season but was told that he could leave the club for the right fee in the summer.

With a move away from Norwich potentially on the cards for him, Aarons has now made his way onto West Ham’s transfer wishlist ahead of the summer.

The Hammers could face competition from Bayern Munich and Tottenham, who are also said to be interested in acquiring the Englishman’s services in the summer.

Bayern Munich made a move to sign Aarons in the winter and could return for him at the end of the season, while Spurs have been claimed to be plotting a summer swoop for the defender.

With Aarons potentially attracting significant interest in the summer, Norwich are likely to demand a fee of £30m for him.

It is also unclear what West Ham’s interest in Aarons means for Vladimir Coufal, who currently occupies the right side of the defence for the Irons.